The focus of this week’s art challenge is that mythical creator of mayhem, the Trickster.

In its broadest definition, a Trickster is an archetypal character who breaks all the rules. His antics are the stuff of legends, at once amusing and edifying. True, they’re mischievous. Given free rein, they can be troublemakers. But while they’re known for their shadow sides, they also offer levity and light. 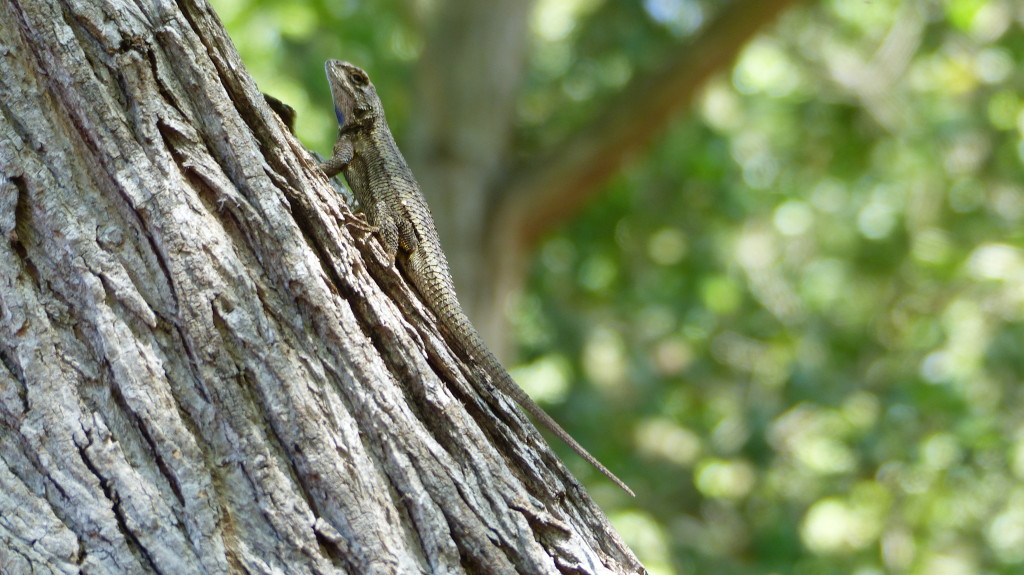 An animal’s survival oftentimes depends on the clever art of camouflage. This lizard wears his cloak of near-invisibility well, don’t you think? 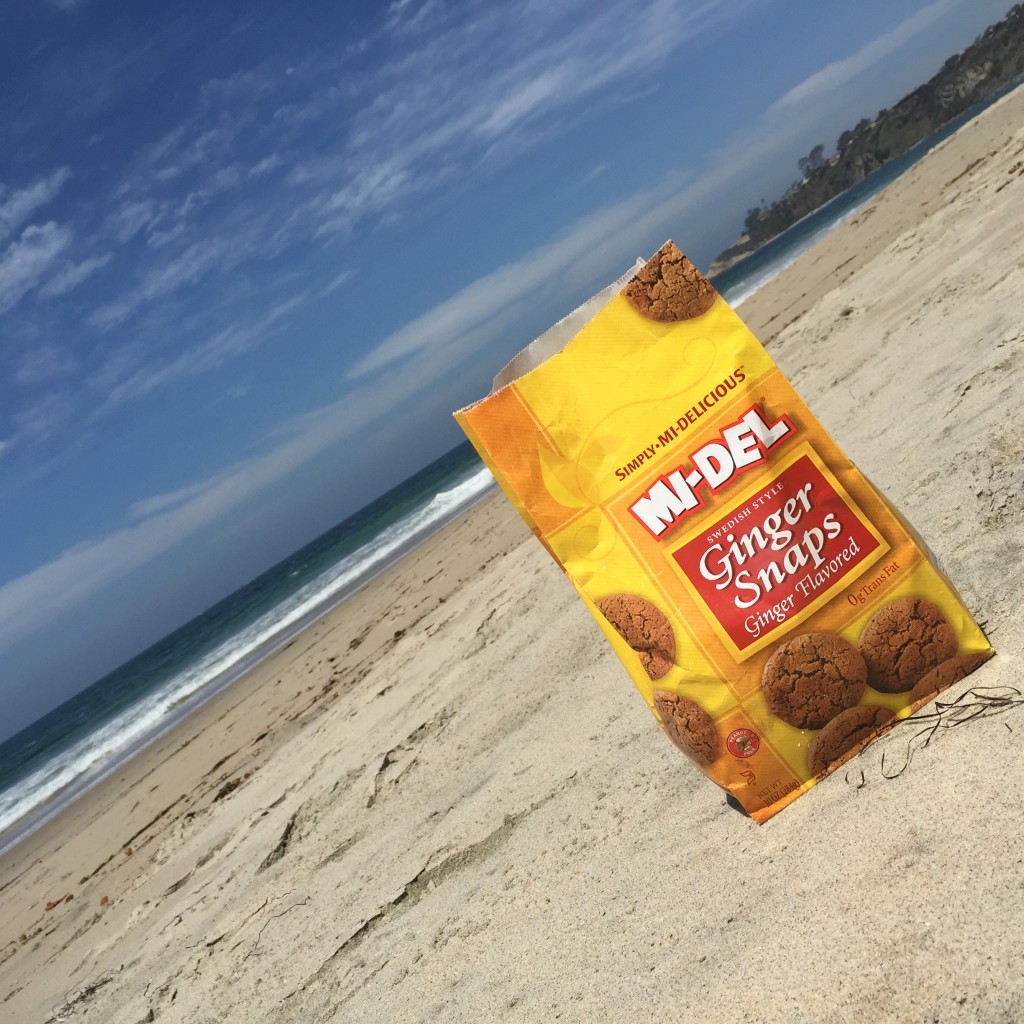 According to Lewis Hyde, ” Trickster myths begin with a being whose main concern is getting fed… whose creativity and intelligence allows him to outwit other eaters.” 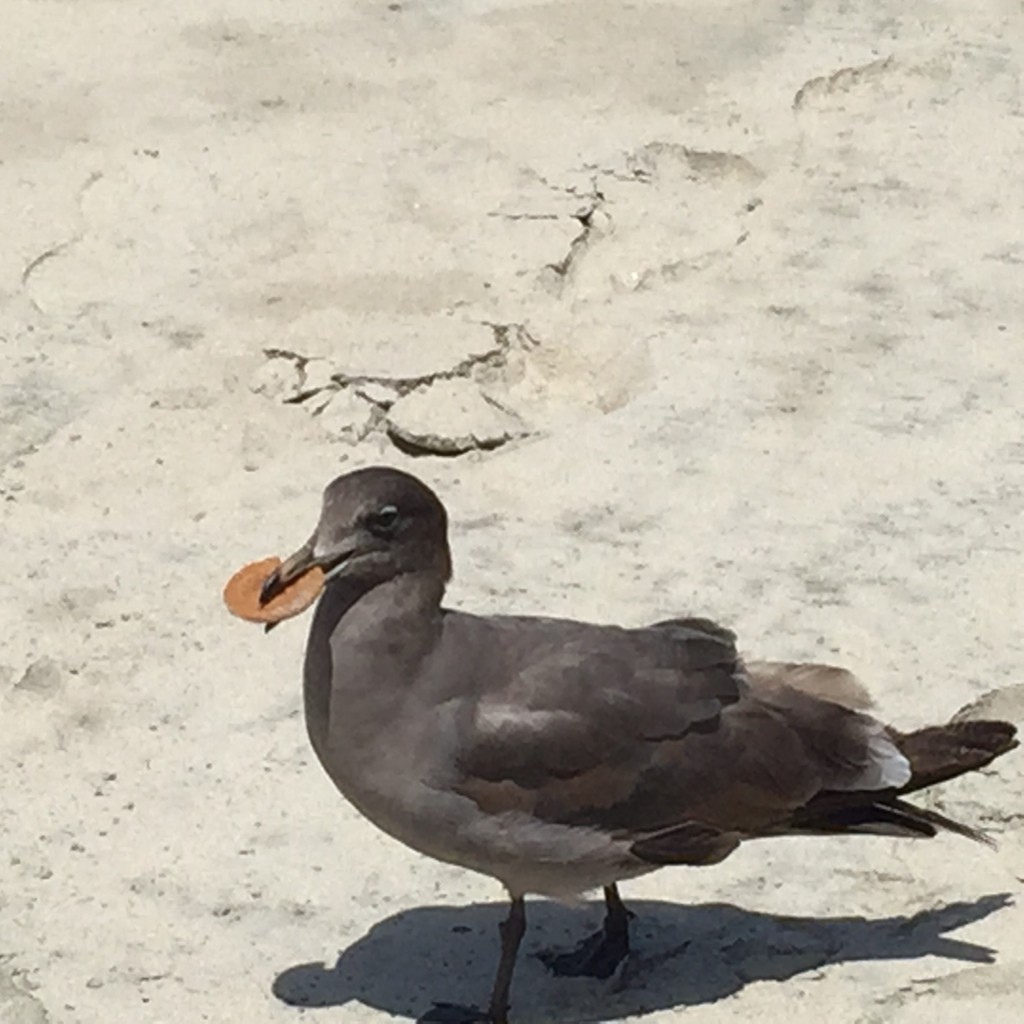 So much for my bag of gingersnaps!

A Trickster is a shapeshifter. In the Navajo tradition, for instance, the lowly Caterpillar is considered sacred for its ability to transform into a winged Butterfly. 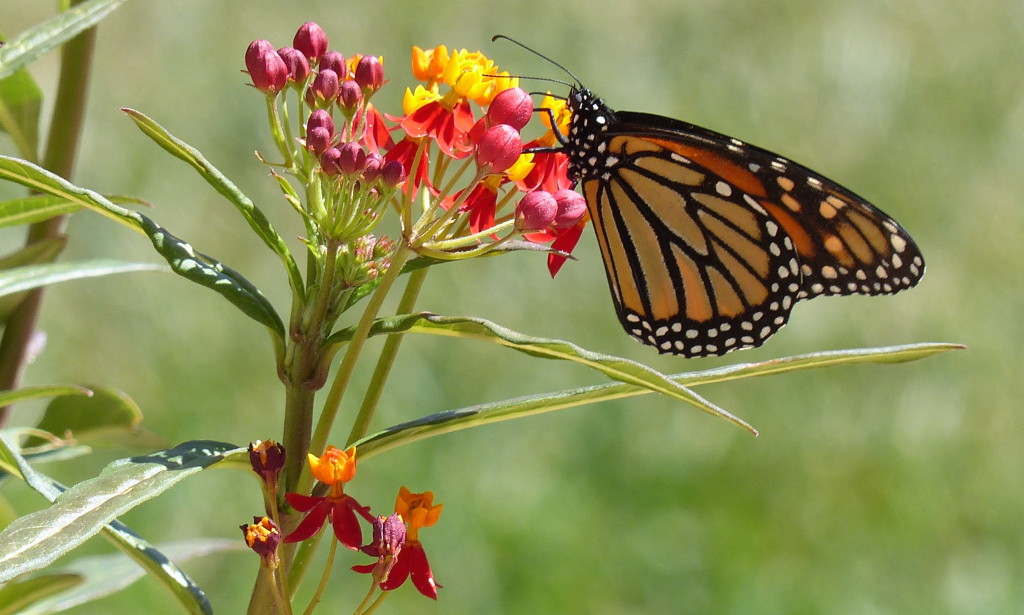 Monarch Butterfly, enjoying a royal feast in my backyard

And yet, regal as it seems, the butterfly can be flighty and vain. Tricksy. So the Caterpillar is considered the more trustworthy of the two. 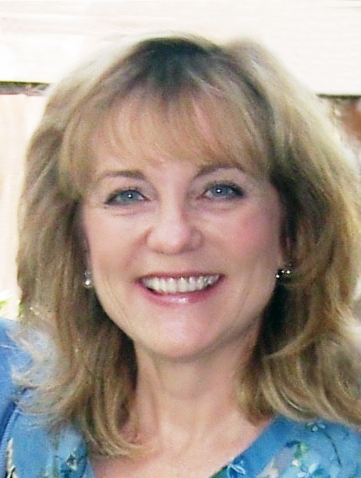 Me, from the About page of my website (www.melodyeshore.com).

Creative beings that they are, tricksters like to shake things up a bit. They color outside the lines, giggle in church and (in subtle and/or outrageous ways), defy convention. 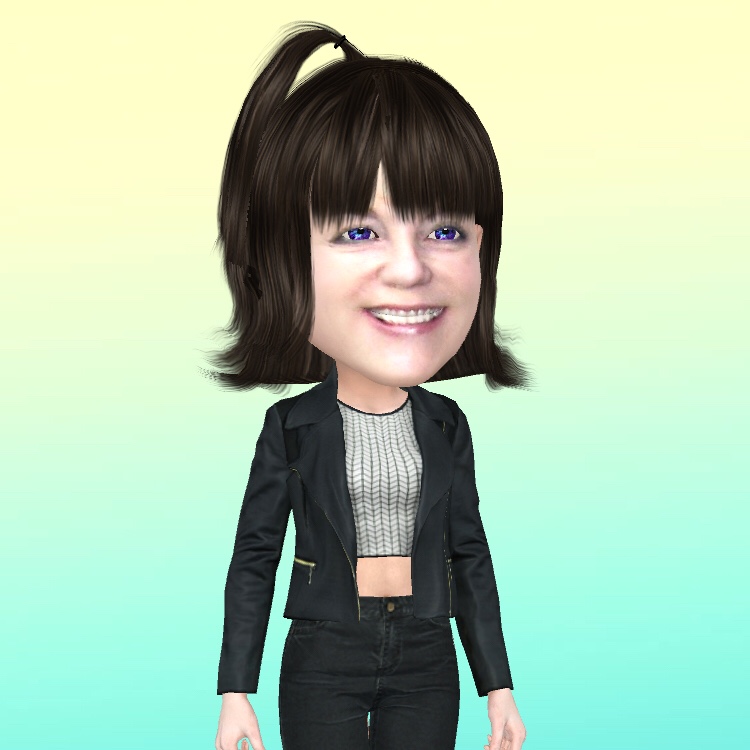 They are the visionaries and the pilgrims, the archeologists and the astronauts. Gifted with endless imaginations — and bottomless bags of tricks — it’s the Tricksters who invite us to look beyond the obvious, and who transport us to other worlds, as yet unexplored.