The preacher’s wife drew a long, deep breath, pulling everyone into her orbit before delivering her prophesy of doom.

An army from the North is planning to invade us, she warned. They will slaughter all the Christians and destroy America. God revealed all of this to me in a dream…Can I get a witness?

Her husband stood beside her, nodding as he thumbed through his gold-leafed Bible. By the time she’d finished speaking, he’d settled on the Book of Revelation.

Armageddon is upon us, he said to the frightened crowd. We must build a ‘city of refuge,’ as a fortress against those who would persecute us. It will take some doing…We need money, and we need to move quickly.

In the immediate aftermath of WWII, it didn’t take much for that audience to hear “army from the North” and think: Russia! Pentecostals especially, who believed the End Times were near. This is a sign, the preacher said, and my sweet Nana believed him.

She handed over every last penny of her earthly possessions, as did most members of that congregation. Sensing immediate peril, they fled their peaceful, tree-lined neighborhoods for a religious enclave in the high desert– a pockmarked wasteland called Eden City. Jewelry, property deeds, pin money and savings bonds…the pastor pocketed all of it. 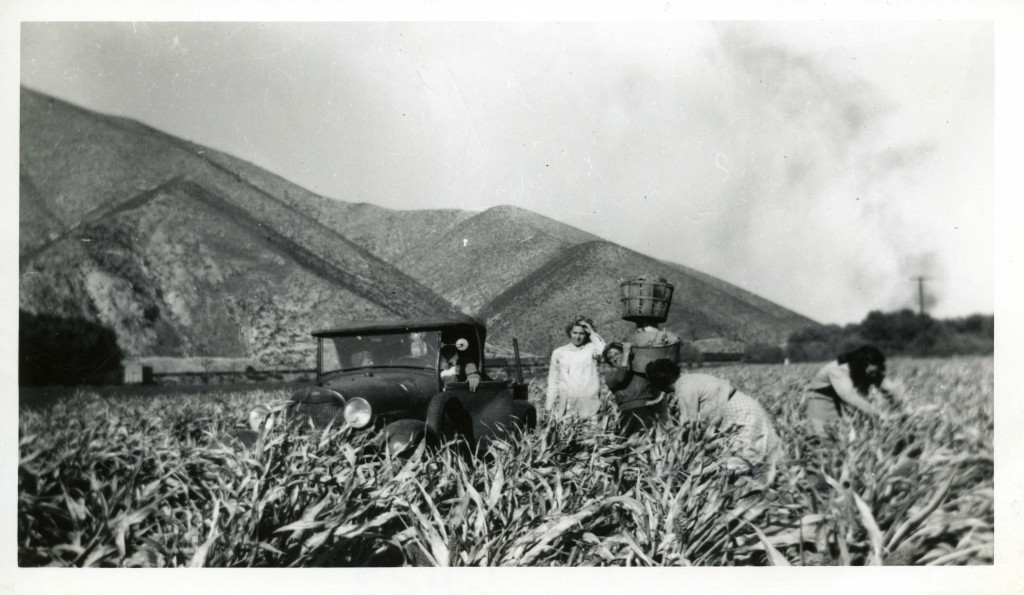 In this photograph, Nana and her sisters harvesting corn–backbreaking labor that she performed with a cheerful heart, because she believed it was “God’s will.” A 50-year-old widow at the time, she also bore sole responsibility for my mother, the preteen who’s peering through the windshield of that truck. They slept together in a canvas tent, scratched seedlings into the hardscrabble earth, and stored provisions in the bomb shelter they’d built as protection against an imminent invasion.

Snowy winters. Blistering summers. Strangers, in a strange land. But Nana’s faith sustained her, even when the prophesy never came to pass…even when their religious leader was eventually exposed as a huckster. 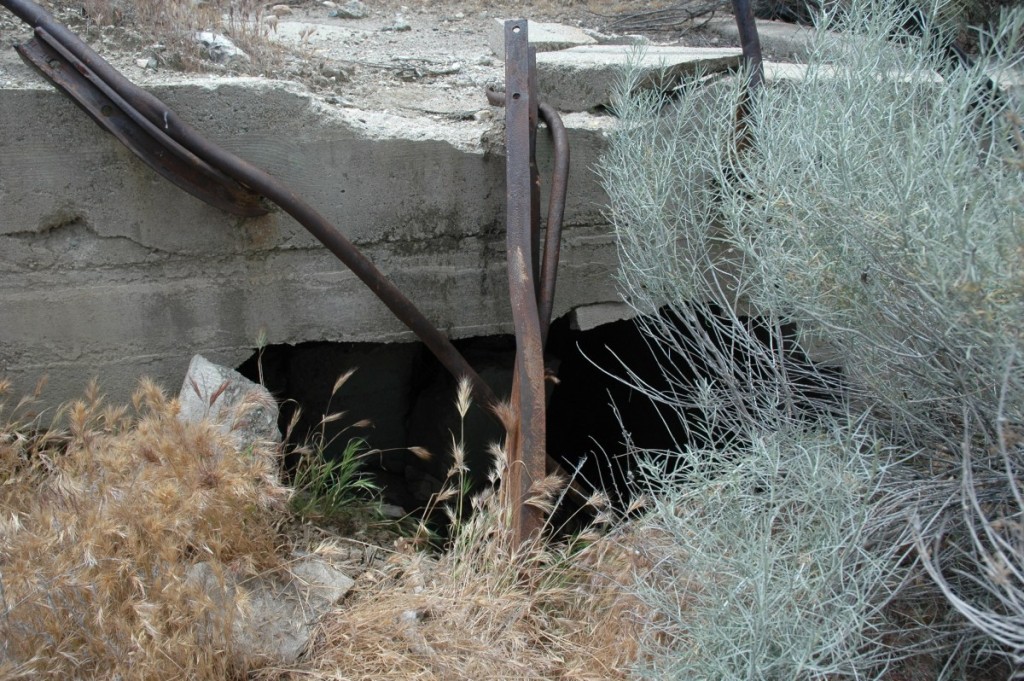 And it occurred to me this morning–70 years after Nana’s preacher was hauled into court–that we’ve found ourselves on the other side of the looking glass. In a stunning course reversal, the President speaks in cozy terms about Russia. He’s dividing us from within, using fear as a weapon. We must build a wall, he warns, as a fortress against the imminent threat of Other. He’s leveling our shining City on the Hill, one blatant overreach at a time, and erecting in its place a personal empire. Our nation will be made new–protected by God, Trump says–so long as we believe him over our lying eyes and trust his vision.

“End Times” prophesies had a significant impact on my life, as did Eden City. I’ve included both in my memoir, CAN I GET A WITNESS?

The preacher’s wife rose from her pew one Sunday, said God revealed to her in a dream that an invading “army from the North” would soon overtake America. Russian soldiers would slaughter all the Christians, she warned.

“Come, build with me a ‘city of refuge.'”  That’s what my Nana’s pastor said. (For more about Eden City, follow this link.) 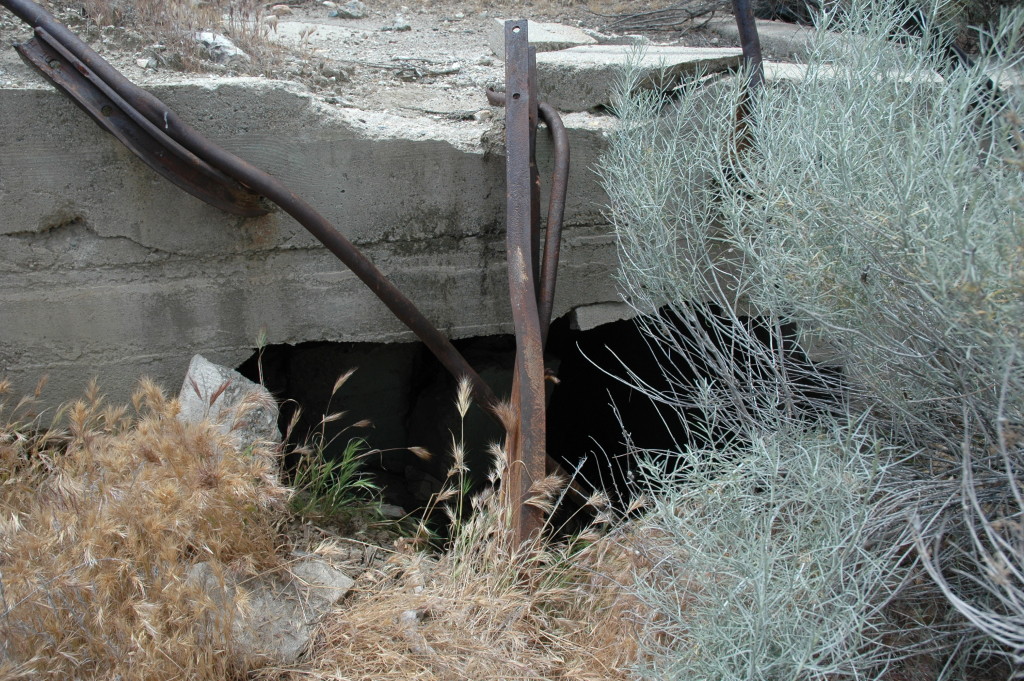 Random thoughts on a Monday, or Two Examples of How Writing Truth Can Sometimes Prove More Challenging Than Fiction:

1) I’m working on an essay about bullying for a YA anthology. Maybe some of you are, as well? Even if my work isn’t selected for inclusion in the publication, it’s a dark story I kept secret for a very long time–one that makes me feel lighter for its retelling.

When I read the first segment of my story to a friend, she said “Wow,” which made me exceedingly glad. Who among us doesn’t want to tug on our readers’ emotional cord? Assuming you’re going about it honestly, that is. But when she asked, quite innocently, “Did that really happen,” well. My heart plummeted. In truth, I felt anguished by that question. At least initially. I realize that some situations are too horrible to even imagine, and to even contemplate the fact that some human beings are capable of such cruelty…well, it’s almost incomprehensible, isn’t it? And yet, there is a dark underbelly to human nature — ours and others’ — and powerful stories often reside in the intersection of those shadows.

2) I’ve uncovered another situation in which truth is stranger (and arguably less believable) than fiction. Turns out, the scandal I mentioned in this post received national attention at the time of its initial unfolding. This is important for at least two reasons: 1) I’ve got documentation that the rumors were true; and 2) I need to dig through the legal archives, to follow that part of my family story to its ultimate conclusion. Or beginning, depending on how you look at things.

So…I’m fueling my roadster for a trip to El Lay this week. And I’m girding my loins, because no matter how gratifying it is to solve these Nancy Drew mysteries, there’s usually an element of sadness and surprise. Also, I’m not one who likes to dwell in shadows, and yet here I am, delving into darkness once again. I’m not afraid, mind you, as I know the Light is with and within me, guiding me forward and protecting me always. Still, if it’s not to much to ask, I’d appreciate your keeping me in your thoughts.

P.S. Imagine that one of your main characters is named Eva, and that her preacher-husband calls her Eve. Now place her — and the beginnings of their relationship — in a city of refuge called Eden City. Do you suppose some editors might suggest you scale back the irony, so as to make the story more believable? It’s certainly possible. And yet…it’s the truth. Yet another reason I’m taking such care in documenting every possible element of my memoir.

There were rumors of a religious enclave in the high desert–a “city of refuge” built to protect its residents from the invading “army from the North.” Goliath with an A-bomb. It would also serve as a spiritual sanctuary for Gospel-abiding followers of Christ. Or so their preacher said.

I knew nothing of this place until about three weeks ago. Suddenly a relative (and a former resident of this religious enclave) spoke openly of it. He was willing to share pictures and personal anecdotes, but at the last minute, that opportunity was snatched away by someone who wanted control over the story–my story.

Undeterred, I climbed into my Nancy Drew roadster and headed to the hinterlands, with a trusted friend riding shotgun. A week later, I’m still trying to absorb the full significance of my/our discoveries.

If you twist the lens just right– and tune your ears just so–you might be made to believe you’re entering the Garden of Eden.

But on the other side of the stucco archway, beyond the stone fences…truth becomes evident. The hardscrabble earth is almost barren, pockmarked by chapparal and the occasional cactus. And along a thin stream of water, sparse outcroppings of sycamore and cottonwood trees. (By adjusting the lens again, I still managed to find beauty.)

The remains of a one-time “bomb shelter” is tucked into a distant hillside. There’s room inside for people, plus food, water, and other supplies.

This next photograph speaks to the residents’ Grapes of Wrath-like existence. My mother is clinging to the rusted farm truck, and the petite woman in the dark-colored dress? That’s my beloved Nana, tending a field of corn. Corn!! Smack-dab in the middle of the hard-packed, sun-baked desert! Miracle or hard labor? You decide.

Through a glass darkly…So many questions came to mind as we passed through the hollowed-out remains of my relatives’ hopes and dreams.

Strewn across the desert floor, we saw the bleached architectural bones of a livestock pen. The current owner of the property, so generous with his time, offered me the window frame in the center of this photograph.

Someone else might have passed it by without so much as a sidelong glance. Justifiably so. It’s rough-hewn and unremarkable–about 2 feet by 3 feet of paint-chipped lumber, held together with rusted nails. But it’s borne witness to my family’s secrets, so I think it’s beautiful.

So…How can I repurpose this window frame for my own home, in a way that enhances its beauty and honors its significance? I’d love to hear your creative ideas!

P.S. You know that saying, “You can’t push the river”? It applies so much to this situation. At times, I’ve fretted about being a turtle-slow writer. But in truth, my memoir wouldn’t have been complete without this fresh discovery.

Here’s a picture of my Nancy Drew roadster, parked yesterday in the middle of “The Promised Land.”

Each aspect of this story, a stretch of the imagination. Every claim, now proven, more outlandish than I expected.

To be fair, we found beauty in this hardscrabble environment, and we were greeted by fascinating people with generous hearts. But on the whole, the area felt desolate and inhospitable–not at all an oasis. In no way could I ever picture this as a sanctuary of any kind.

Please forgive me if I don’t comment on your blog entries today…I’m still processing yesterday’s discoveries. But if you wanna see something really cool (no exaggeration!), check out the LiveCam images of Mama Phoebe’s adorable new hatchlings! ♥♥♥

I’m revving the engine of my roadster, in preparation for a day trip to the hinterlands. It’ll be fun, but also arduous, so I’m glad my gal pal Stace (aka “Bess”) is riding shotgun.

I’ve done a great deal of legwork already. Hoo boy, that was quite an adventure! Long story made short (and illustrated metaphorically), it goes something like this:

Sometimes the tiniest shred of evidence yields an inkling of an idea. And questions about a mislabeled photograph might lead you to an unexpected answer.

You may encounter resistence from some corners.

Matter of fact, some will do everything within their power to shout you down or shut you out.

But you know Nancy: She’s nothing, if not persistent. And lucky girl, she’s surrounded by loving friends who help clear away the underbrush…who steer her back to center whenever she loses her bearings.

I admit that I’m a wee bit apprehensive. But also? Very excited. It’s not been easy, and I’m not there yet. But I’m beginning to think it’s possible to trace this tangled web back to the original knot.