She raked her fingers along her scalp, stopped abruptly when hair came away in her hands.

We stared at our cell phone screens, eyebrows lifted. Close friends from opposite coasts, facing together a new truth.

“Well, that’s not good,” she said, “I was hoping to keep this hairstyle for at least a couple of weeks.”

I can’t say that I blame her. It’s a super-short, sassy ‘do, well-suited to someone for whom every day’s a physical struggle. 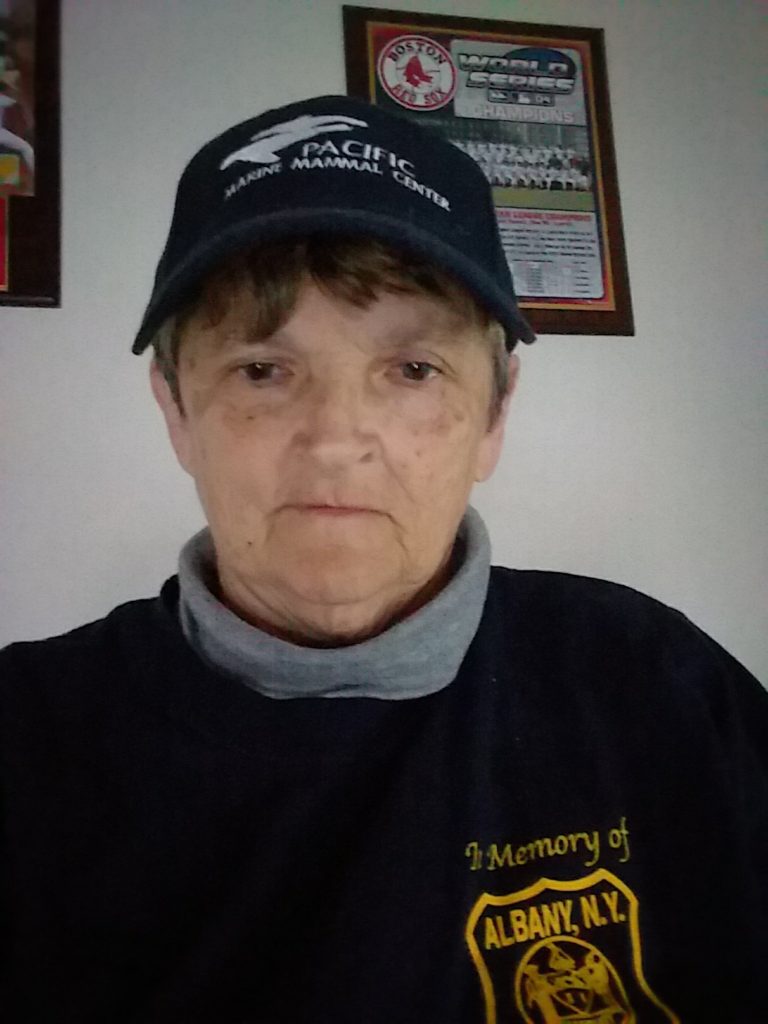 A recent photo, but her hair is clipped much shorter.

“Must be molting season.” I teased.

I flinched, just a little. Whenever I used that phrase as a child, hellfire rained hard upon my head. Even as an adult, it evokes the faintest hint of sulphur.  But my outspoken Irish Catholic friend isn’t one for censoring her thoughts. She exemplifies the lessons I’m (re)learning: that conformity is a destructive influence, and speaking your truth is a healing balm, with mostly positive side effects.

Our video chats are lighthearted. Aside from that sobering moment, this one was no different. We extolled the virtues of salt water taffy, and discussed the “catastrophic molt” that harbor seals undergo every spring. Her favorite pinniped was shedding his winter outerwear, and would soon be sporting a sleek new coat.

The phone went silent for a moment.  She wiped the falling strands from her face, swept the hair tufts from her pillow. “My spirit animal,” she eventually said. 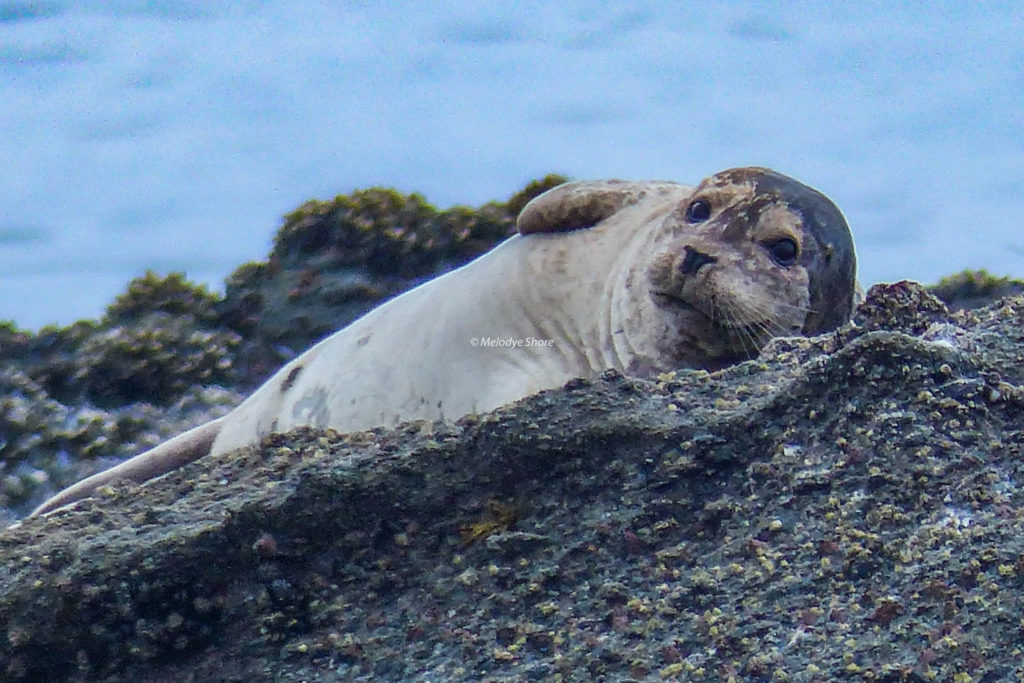 She was hooked up to an IV when Hillary Clinton called to wish her well. Imagine, if you will, talking to a presidential candidate while you’re undergoing chemo!  But she quickly turned the spotlight back to Hillary. “Let yourself be great!” she said to the former Secretary of State. A simple affirmation, served without any fanfare during a hard-fought campaign. That’s the unique brand of compassion my friend is known for.

Chemo, radiation, chemo, radiation–my friend has battled the ravaging effects of cancer for the better part of a year, now. She’s managed to stave off the inevitable hair loss, but given her increasingly aggressive treatments, it came as no surprise to either of us that molting season had finally arrived–for my friend and her pinniped pal, Freckles.

“I’ll still be me,” she said. “If someone doesn’t want to see my bald head, not a problem. They don’t have to look at me!”

“Yep,” I said. “But hey! You could decorate your scalp with temporary tattoos…”

Red Sox logos, we agreed, would be just the ticket.

That was the last I heard of her hair loss, until our phone chat on Wednesday morning. She mentioned, with no small measure of pride, that she was able to stomach real food at dinner time—roast beef, potatoes and cooked carrots.

She was dressed, same as always, in what I’d call casual chic: black pants and a turtleneck, and a FDNY hooded sweatshirt  that helped protect her from bracing winds and rain. Her hair was bristle-short but tidy. It was her first real outing in over a month, the first meal she’d kept down in weeks.

Comfort food. Fresh air and warm hugs, shared among long-time friends at a neighborhood diner. Everything she needed, to help stave off the worst side effects of chemo.  Small but important victories, cut short by losers.

Two delivery men hunched over their plates at the next table, shoveling food into their mouths as if they were afraid someone might steal their food. They wore uniforms that identified them as employees of a home improvement store. They were loud and coarse, with unkempt hair that fell below their shoulders.

One workman caught his partner’s eye, hitched his thumb in the direction of my friend. “What is that?” he asked.

His partner shrugged. “Can’t tell if it’s a man or a woman,” he said.

They slapped their thighs with glee.

She met their smugness with a steady gaze, rose slowly from her chair, and sauntered over to their table.  With surgical precision–think Edward Scissorhands, shaping a topiary from an unruly hedgerow—she then stripped those bullies of their power.

“Are you really making fun of my hair?” she asked. “Well, let me tell something. It’s short because I have cancer. It’s patchy because of chemo. I’m enjoying my first real meal in a very long time. If that’s not okay with you, I suggest you leave, right now!”

The manager scurried over. She engaged both workers in a stare-down, maintaining her resolute posture as she gave him the Reader’s Digest Condensed Version of her story.

Didn’t matter that he was a friend; the facts spoke for themselves. “It’s best that you get out of here.” the manager told them.

They beat a hasty exit.

My intrepid friend? She tucked into her meal again, as if nothing had ever happened.

“I’m so proud of you,” I said, although I wasn’t the least bit surprised. It’s the type of behavior I’ve come to expect from my friend. But I’m still thinking about it today, with no small measure of awe and gratitude. When she rose to her feet, she lifted the rest of us onto her shoulders.  When she said her piece, she spoke for everyone who’ve suffered abuse in silence.  When she stood her ground, she built a solid footing for the rest of us.

Random recollections, maybe, but they paint a beautiful portrait of my friend. I’m featuring it on this page, where she can’t easily slough it off. She’s a good egg(head), and we’d do well to learn from her example. 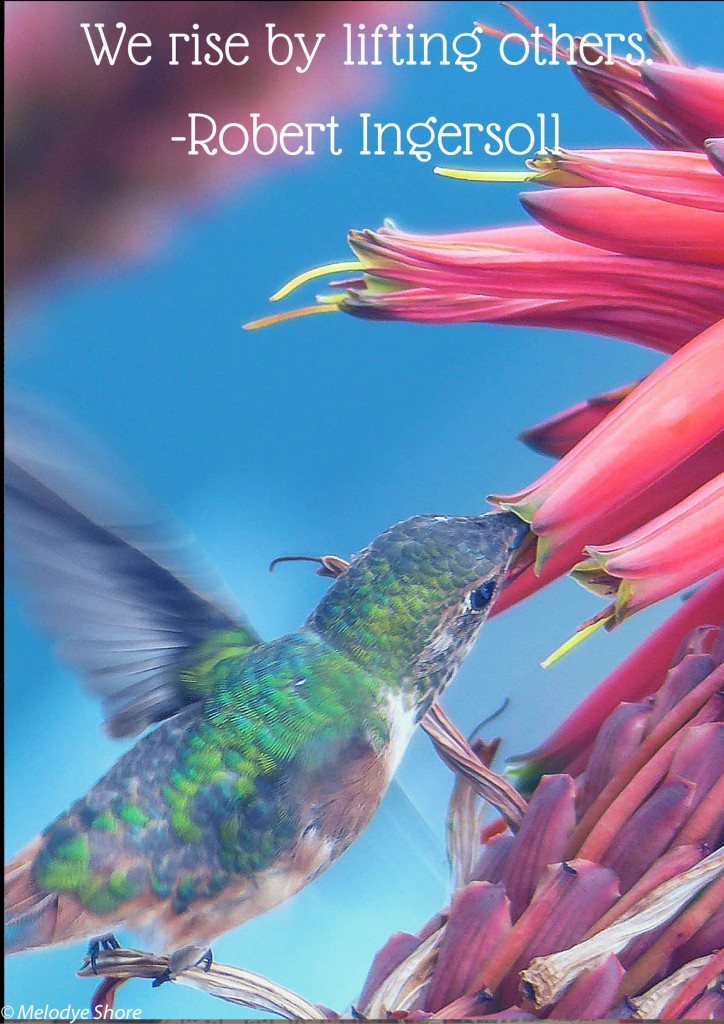 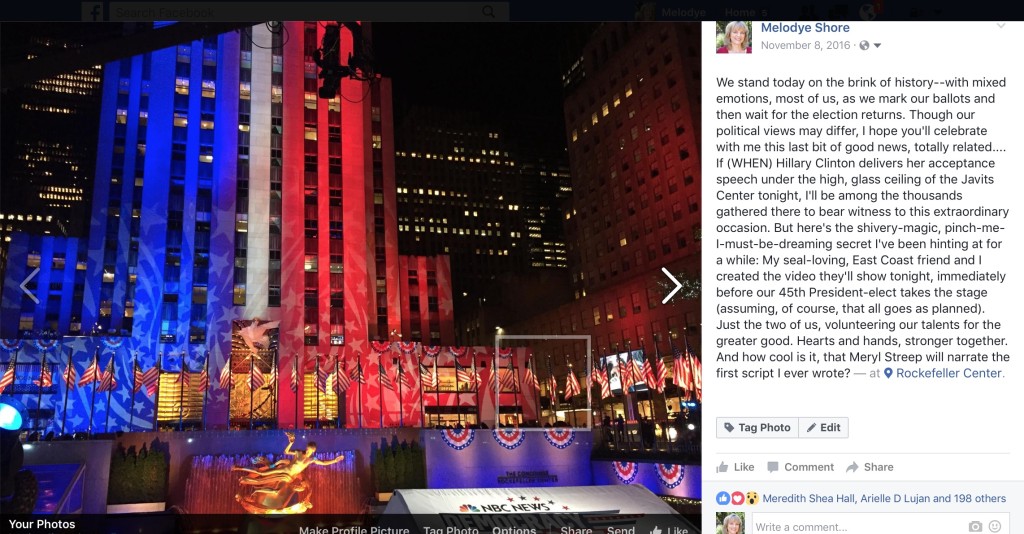 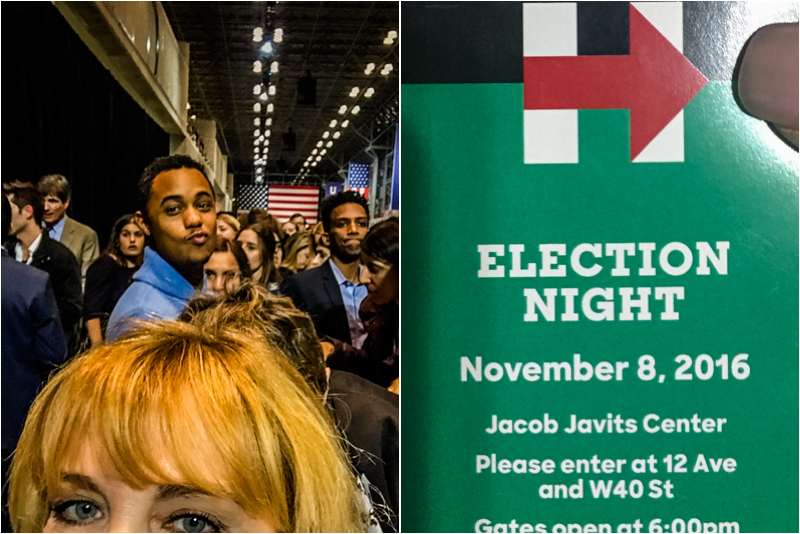 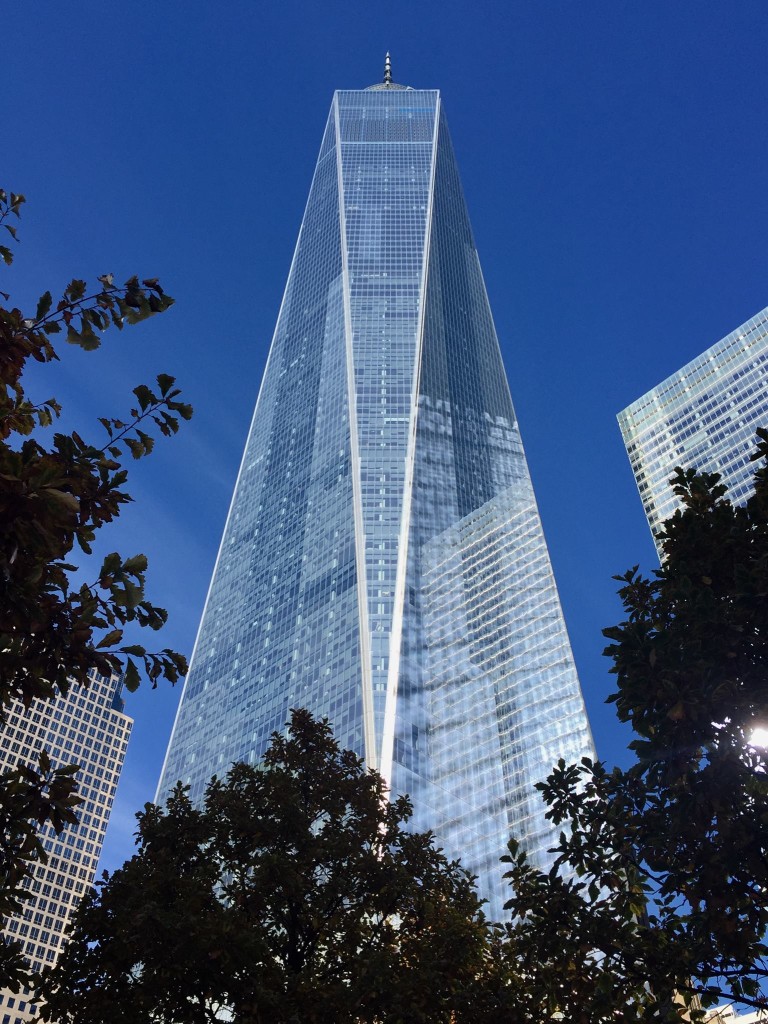 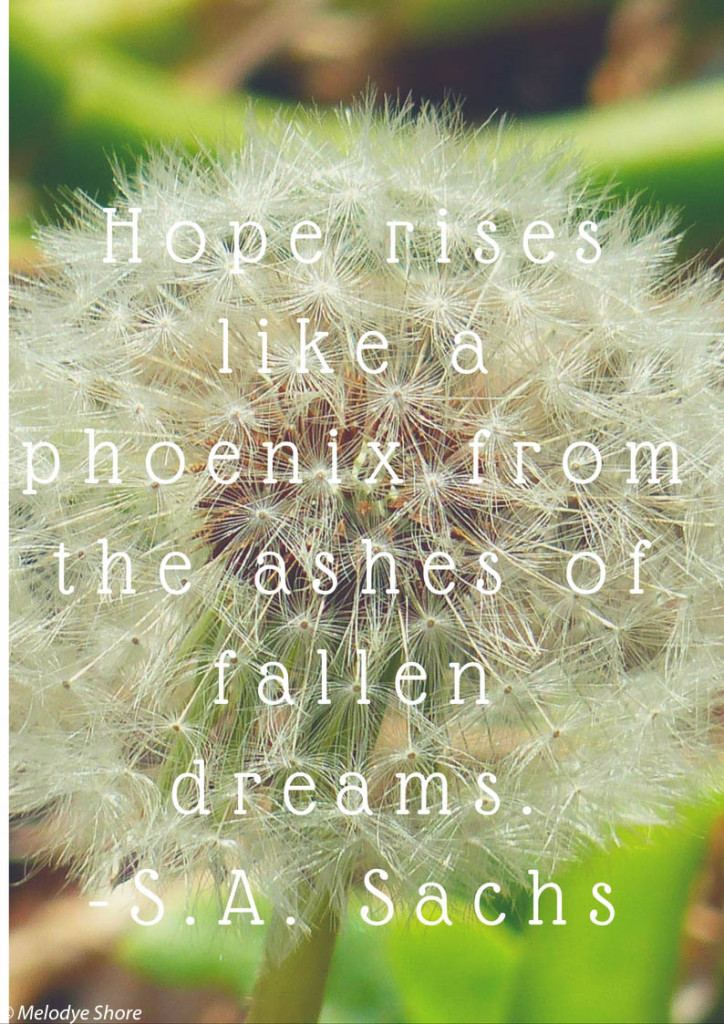 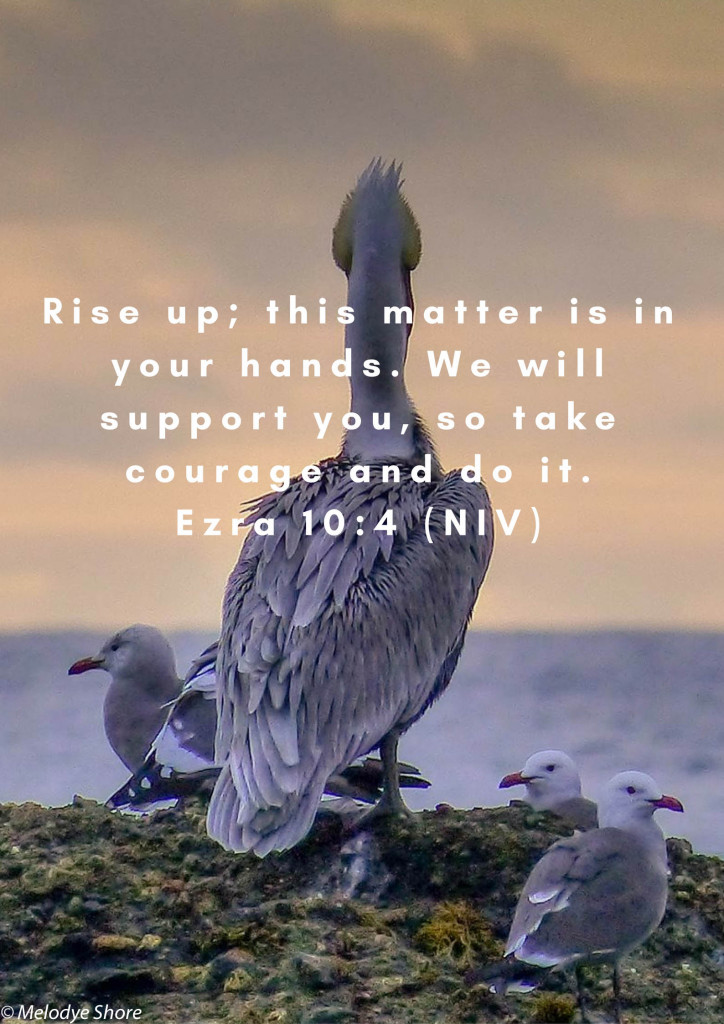 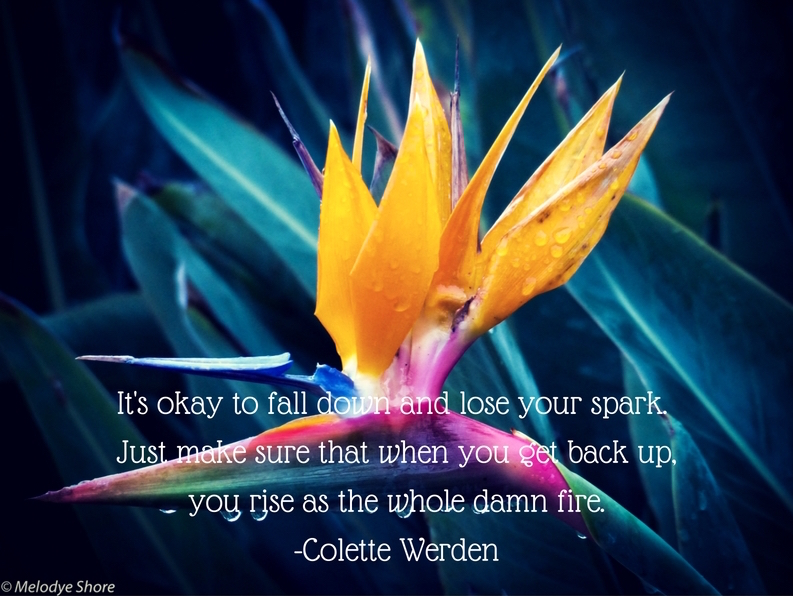 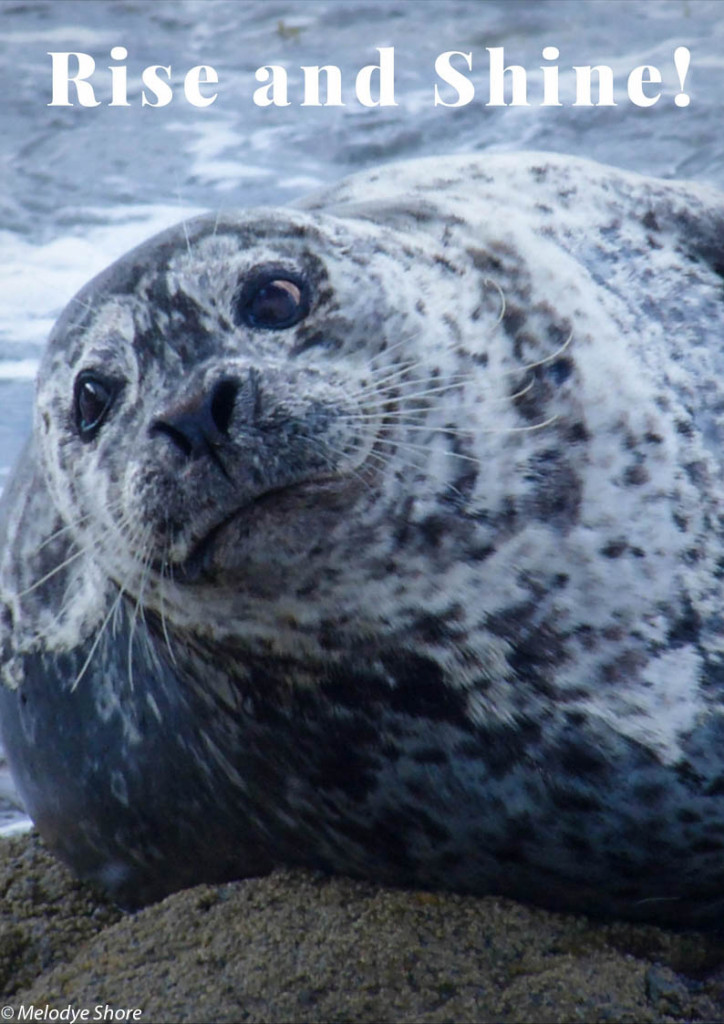 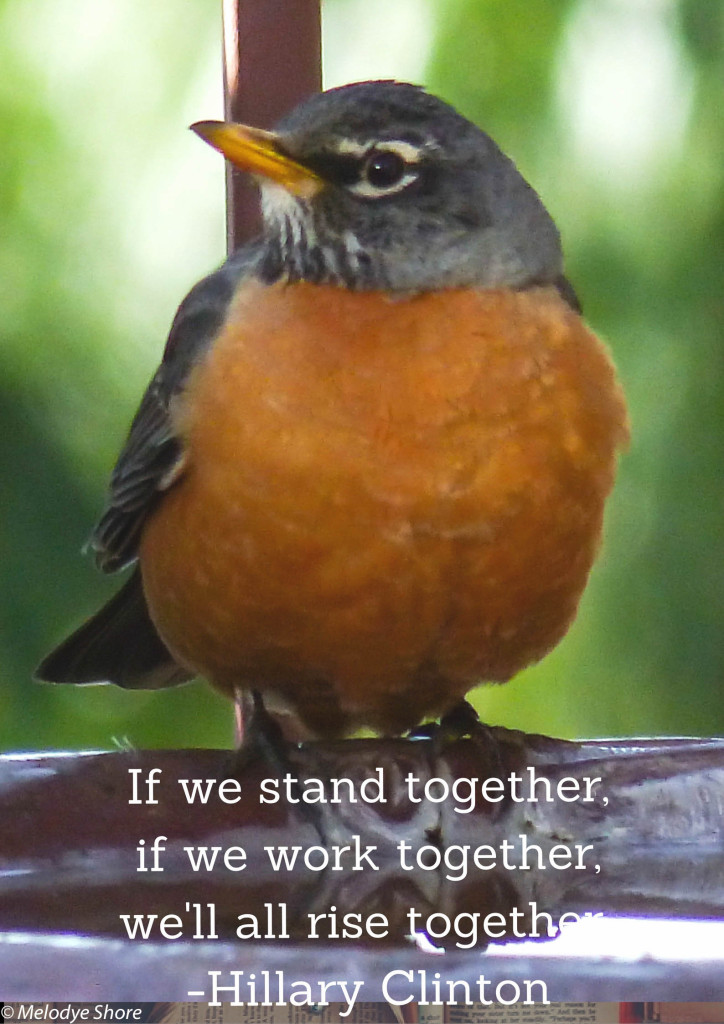 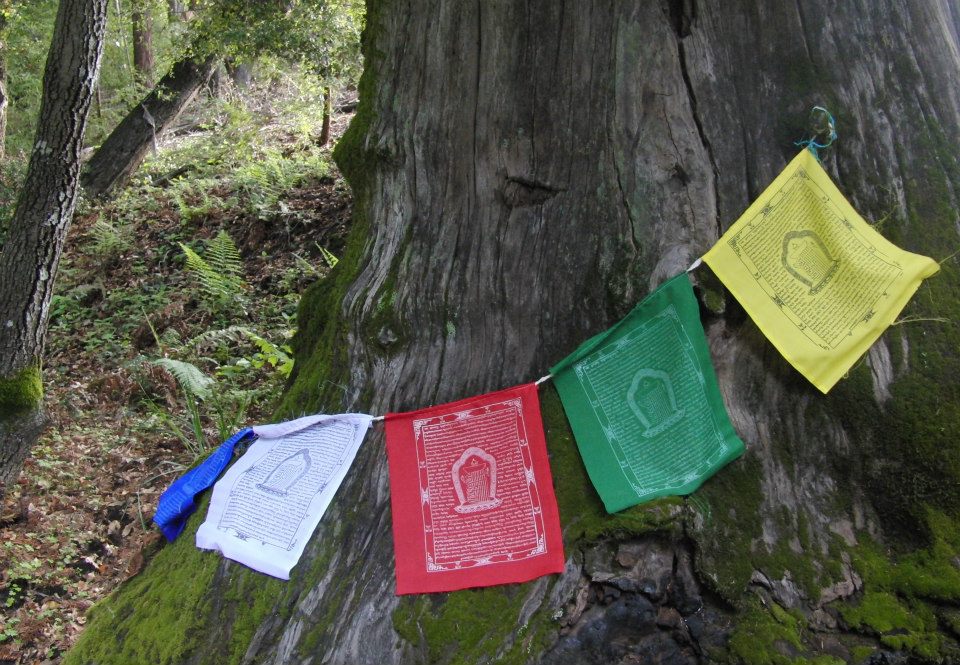