My great grandmother, Annie Elizabeth Aldrich, was born in Hertfordshire, England in 1859.  In this snapshot , she’s about 45 years old and has long since moved to Nottingham. As mother to 11 living children (9 girls and 3 boys), it’s no surprise that she looks a bit weary. Even so, she was by all accounts a very happy woman who probably imagined herself living out her days among the people she knew and loved, in the homeland she cherished. 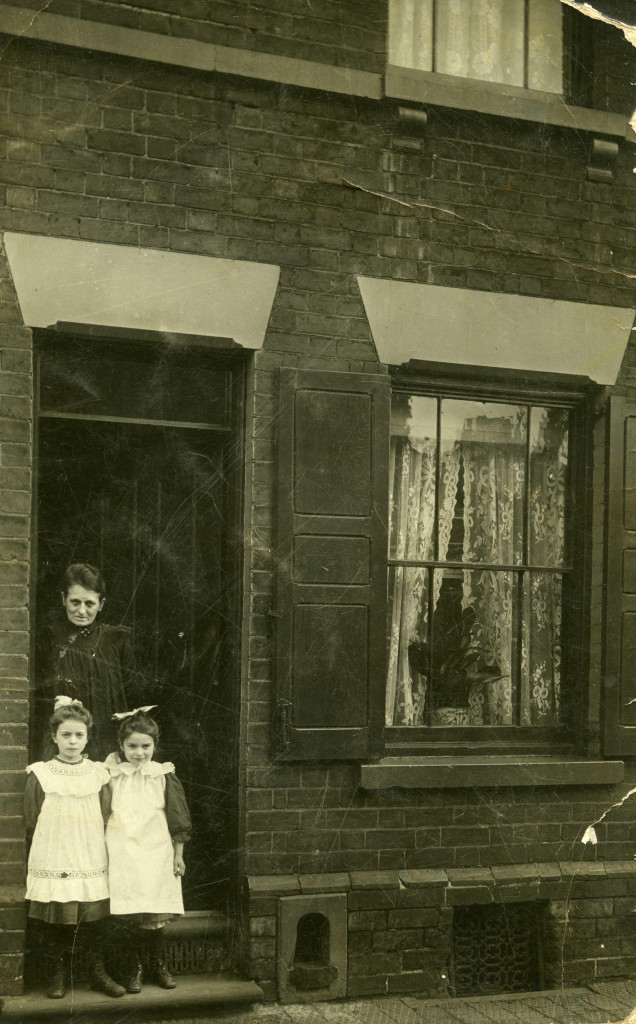 May (L) and Evelyn (RO were the youngest of Annie Elizabeth Harding’s 12 children.

But when World War I erupted, Nottingham was hit hard. Annie’s boys enlisted in the military, and my great-grandparents sought refuge on American soil. They were second class passengers on the USMS Philadelphia, which was chased by German submarines for countless, terrifying miles. 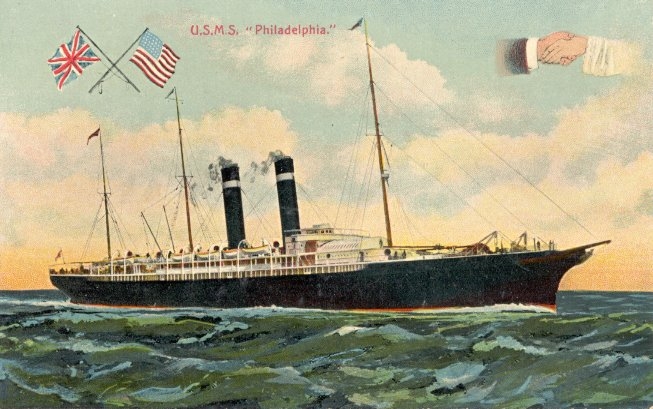 Her daughters found work at a local corset factory, and Annie — who, by then, was 56 years old–set about creating a new life for them on Pleasant Street in West Brookfield, Massachusetts.

She and her husband George worked hard, saved diligently, and eventually purchased a comfortable home on an old country road, across from a yeast-making factory and adjacent to the railroad tracks. Annie planted flowers on the hillside and was feted by her beloved children on the occasion of  her 50th wedding anniversary. 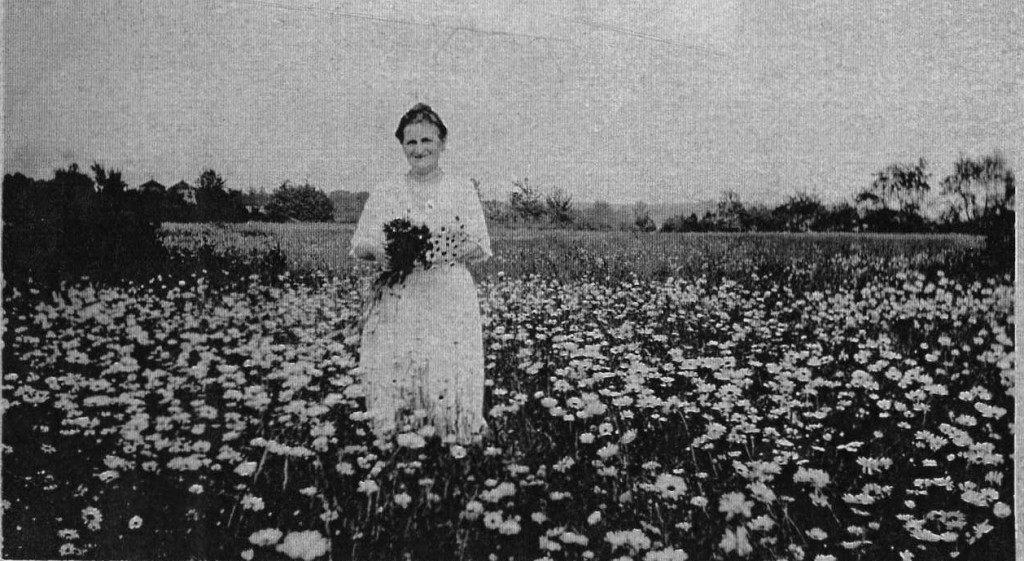 Within a month, the Great Depression hit. They made do and did with less, so as to lend financial support to those in need. 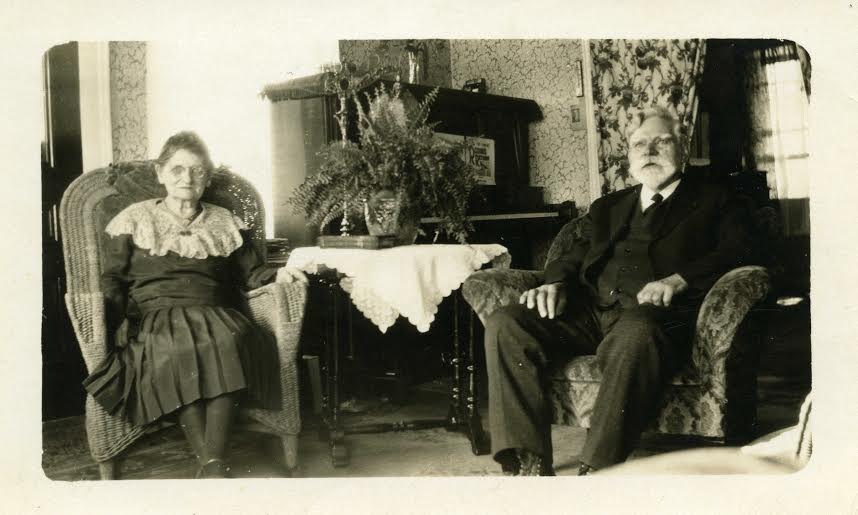 Annie Elizabeth and George Harding, on the occasion of their 50th wedding anniversary in 1929.

Just five years later, my great-grandfather passed away. Annie was 75 years old. A widow now, she once again rolled up her sleeves. She endured floods and other hardships, but as it was with her pet canaries, she never lost her song. Local historians told me that hobos etched friendly symbols in the dirt roads that led from the rail cars to her house. “Hot meals offered here,” they said. “Everyone’s invited.” How utterly Annie, to share what little she had! 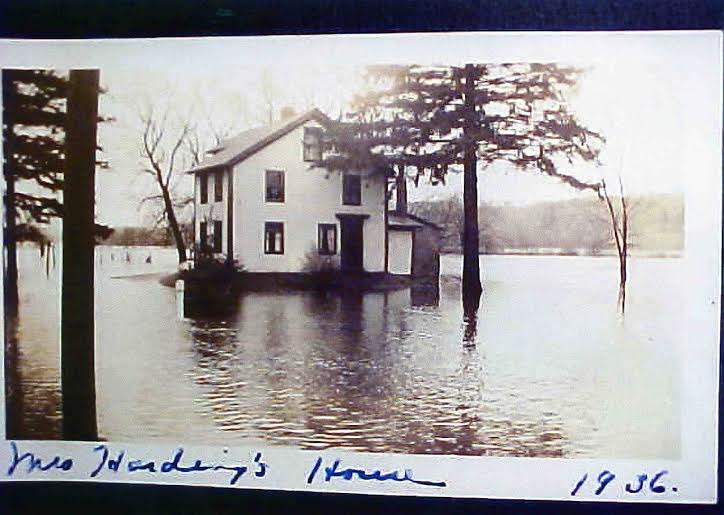 When I met the current owners of her humble abode, they offered me a gift. 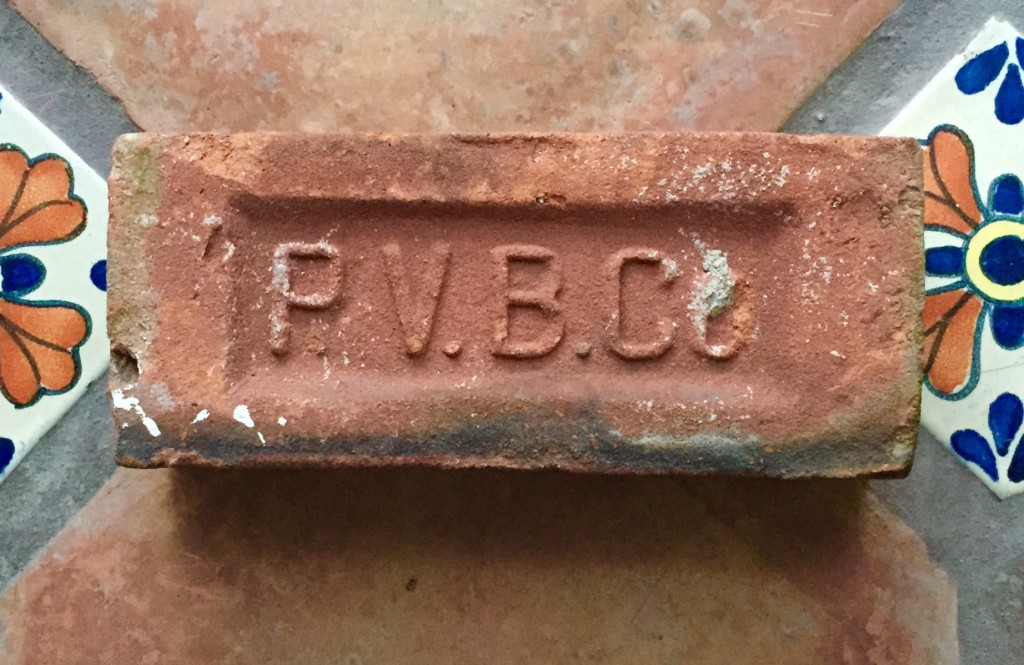 Pulled from the crumbling remains of the original foundation, this brick reminds me of my personal roots. Too, it grounds me in the truth of things, within and beyond the current narratives we’re hearing. That is to say, that we are a nation of immigrants, settled by great-grandmothers who sacrificed much in the name of safety and freedom, and who were welcomed equally at Ellis Island. 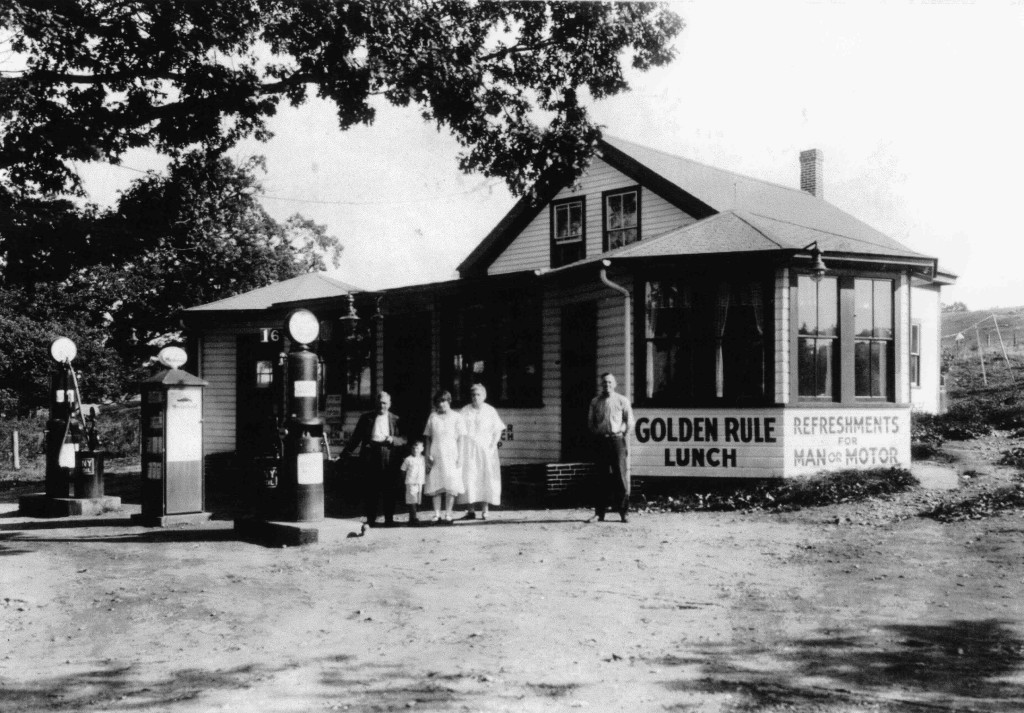 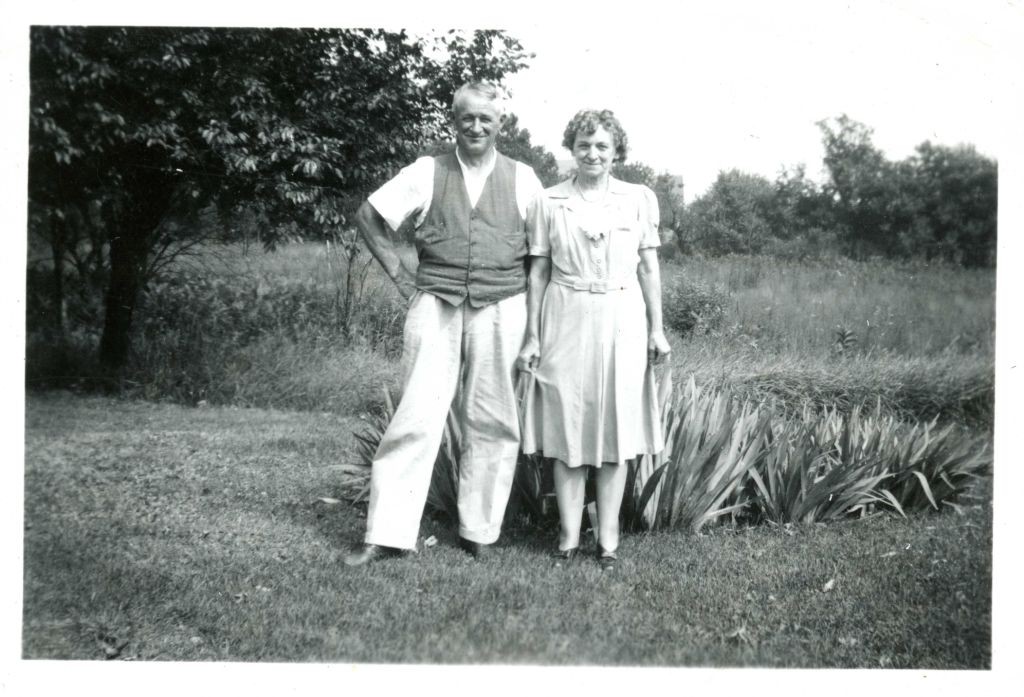 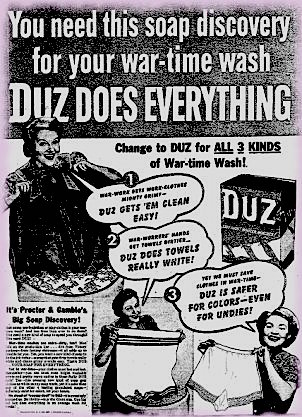 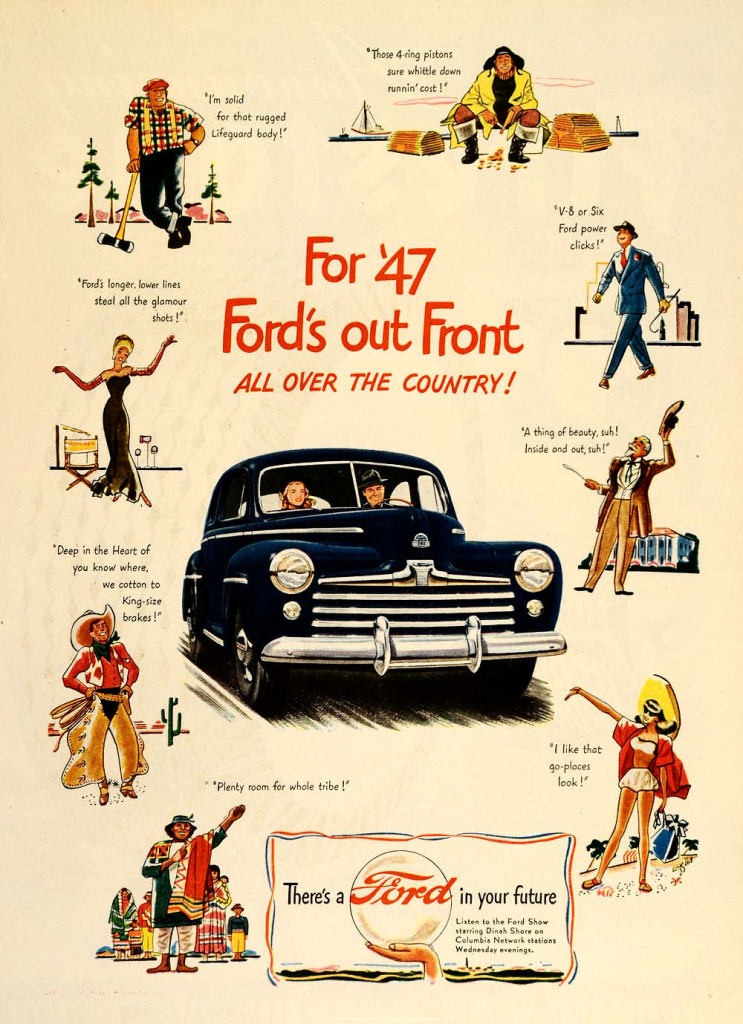 I've just returned home from my trip to Connecticut; and while I am grateful for your kind words and thoughtful gestures, I hope you'll understand that I'm not up to discussing the events of the last several days. Not yet, anyway. But I will say that there was lots of light among the shadows, not the least of which is the quiet comfort that comes of knowing that my father-in-law passed away peacefully in his sleep after enjoying a long, full life.

If you'll indulge me, though, I'd like to share a few blog entries about my visit to the East Coast, beginning with a last-minute field trip to central Massachusetts. It was a Nancy Drew adventure of sorts, in that I was physically retracing my maternal grandmother's footsteps.

Nana was 16 years old when she disembarked at Ellis Island. For several generations, the Harding family toiled at a lace-making factory in Nottingham, England. Quality handiwork was in high demand, so they were recruited by a State-side corset factory. That's how Nana ended up in West Brookfield, Massachusetts. (More about that in an upcoming post..)

May Harding, aka Nana, married Ernest Harding on September 3, 1933. She was 32 years old at the time, and he was 50.  I wish I could offer you a better picture of their wedding day, but I'm glad this image survived my childhood travels.

They were married in West Brookfield, MA, at this very church. Charming, don't you think? It's named for George Whitefield, the "sensational evangelist of Britain and America."

I admit now to being a bit naive. Perhaps overly optimistic, as is my wont. But I assumed that someone would be there to greet us when we arrived, maybe share some history or tell a few stories. But when I called the church, I got a recorded message. And when I eventually reached the pastor on his cell phone, he said he wasn’t available during the week. "Maybe I can get a parishioner to open the doors for you," he said…

…but that didn't pan out, either.

I circled the building several times, snapping photographs and jiggling knobs. Would that the doors would magically open, that a light would shine through the darkened windows! 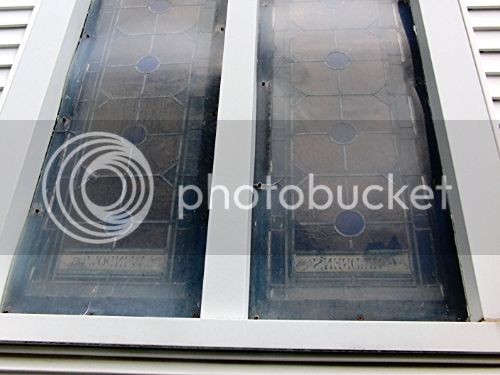 Though the grounds were shrouded in snow, and the stair-steps were cloaked in a mossy-green garment that was years in the making, I sensed what I couldn't see. There were traces of my relatives having been inside and around that building; I felt it in my bones.

I thought about expanding my search, but it appeared as if the neighbors had long since moved away, taking their stories and secrets with them.

On the bright side, it's very likely I'll be returning to the East Coast in the very near future. This affords me the opportunity to do some advance work beforehand. No surprise to those of you who know me, I plan to revisit that church. Here's hoping (praying) that someone will grant me access when I do….