As the drought deepens and the mercury soars, SoCal residents are increasingly worried about wildfires. Not that I wanted to photograph a conflagration, mind you, but I was thinking along those lines when  I found my inspiration for today’s photography prompt. 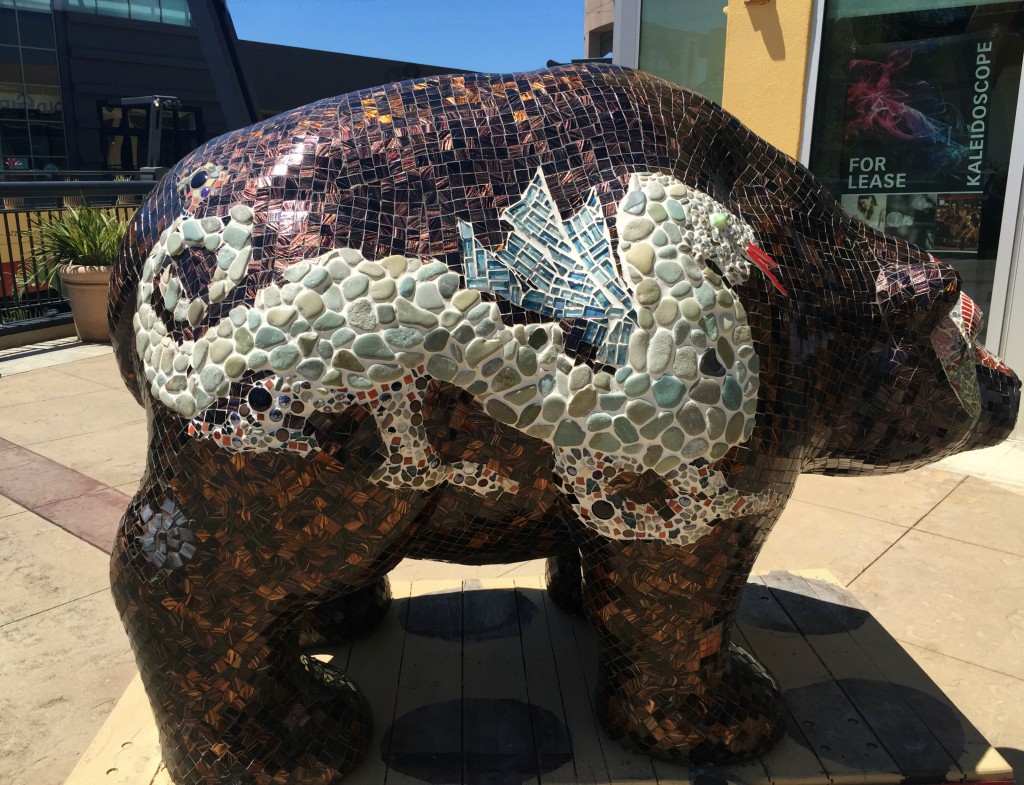 Look! A fire-breathing dragon!  I discovered this bear at the Kaleidoscope Shopping Center, in nearby Mission Viejo. The bear’s mask is an eclectic mix of traditional Asian Masks, and the dragon is formed of rock, stone, and glass. So beautiful…capable as it is, there’s no way my iPhone could do it full justice. 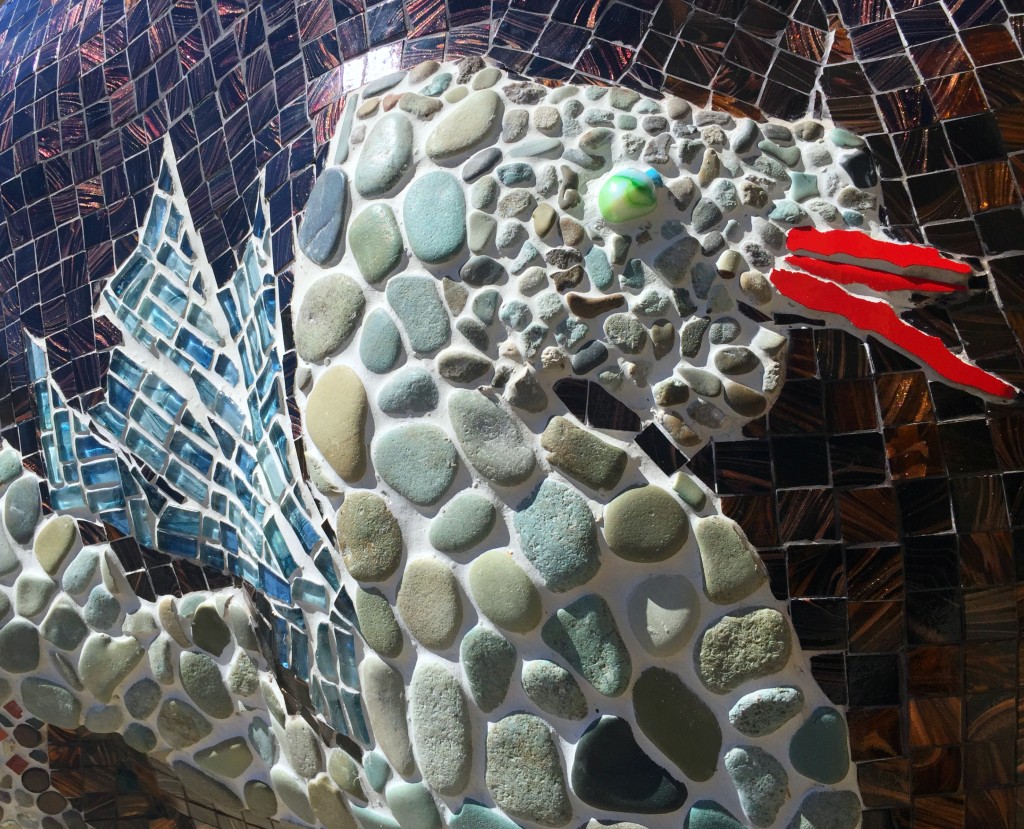 Asian Bear also celebrates 2012–aka the “The Year of the Dragon,” in which the project came to be.

Beautiful, isn’t it? Asian Bear was among the first completed entries in “The Bear Project,’ which pays tribute to the beautiful brown bears that once roamed this area. (Mission Viejo’s Oso “Bear” Creek Trail was among the last places they were sighted.)

Each of the nine bears in the collection pays homage to a specific culture. When viewed together, they reflect the community’s ethnic heritage and diversity. 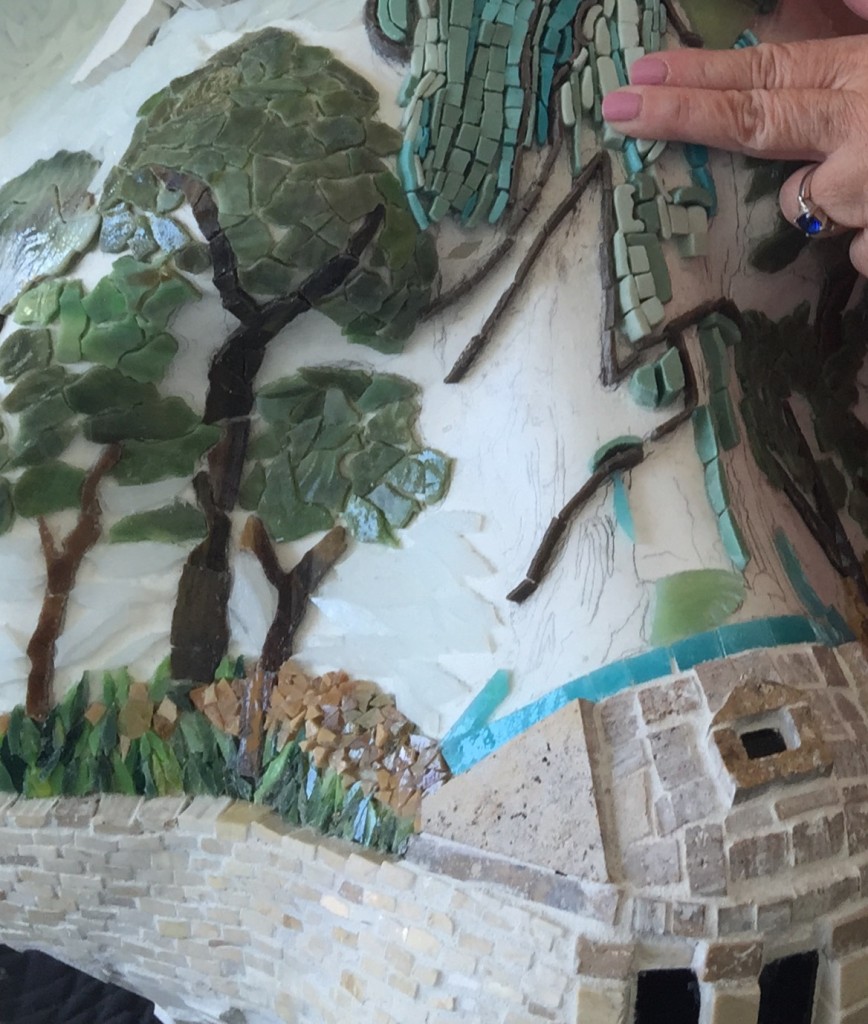 I never knew about this project before yesterday. But…serendipity! The gallery was open, and Co-Designer Joy Aldrich was on site, affixing mosaic tiles to the bear that signifies the contributions of early European immigrants. We chatted for quite a while, and she graciously allowed me to add three, jade green tiles to the Statue of Liberty’s robes.

I’m planning to revisit the studio in a week or so, to learn more about the project. I’ll take my SLR camera with me, so that I can photograph the entire family of bears, alongside their designer team.

Day 16 of the #AugustBreak2015 Photography Challenge. The prompt for today is fire.