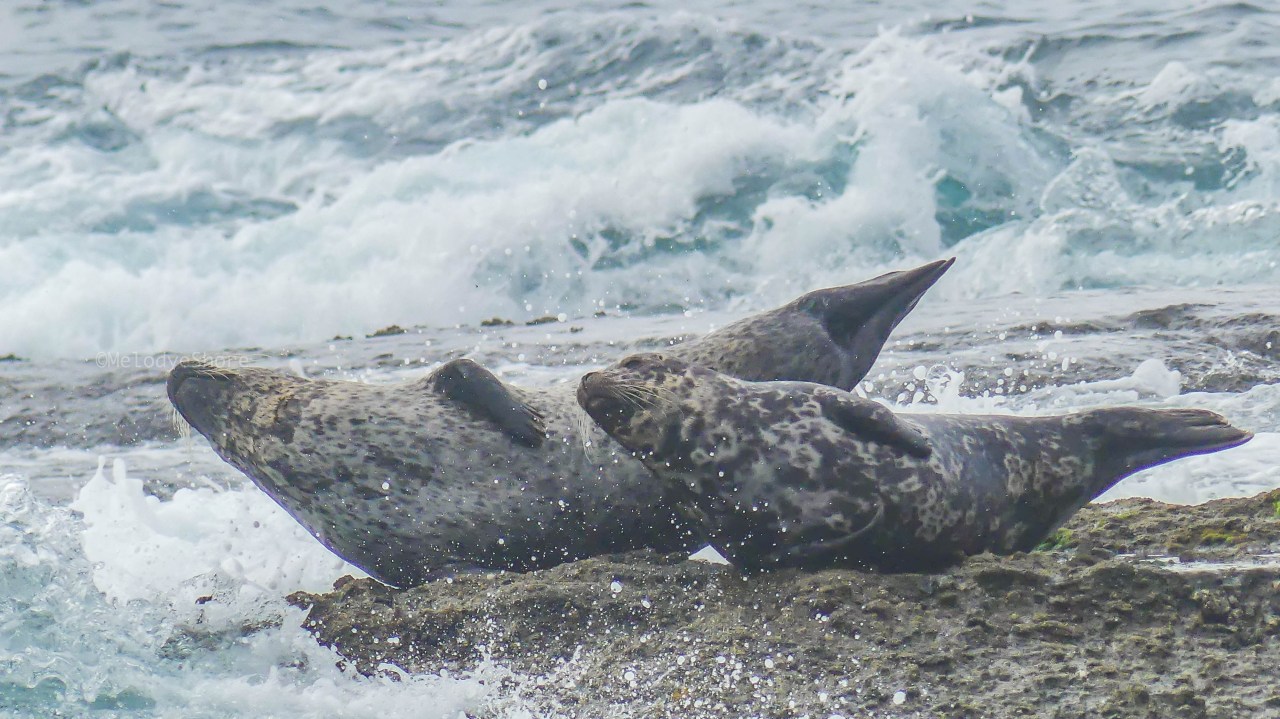 On this idyllic afternoon, our friend Freckles was lounging on Treasure Island–flanked, as usual, by his harem and seal pups of all ages. Easy living for his pinniped pod. Until, that is, the tides rolled in.

The waves churned and slammed against the rocks, scooping pinnipeds from their resting place and tossing them into the sea. Whoosh, the surf grass vanished. Saltwater swirled and frothed, and then submerged the tidal pools. Large portions of the island disappeared underwater.

But good ol’ Freckles, he remained as nonplussed as ever. Instinct, no doubt, enjoined by learned wisdom.

In a series of calm, deliberate moves, he nudged his offspring to higher ground. “Tuck your fins,” he seemed to say, “Lift your chin and move that tail! We’ll ride out this storm together, and when the waters recede again, we can rest.”

Freckles Jr. is learning the ways of the harbor seal, thanks to the leader of our pinniped pod, Freckles Sr.

He guides his son onto the rocks, navigating choppy waves and smooth.  Lift your tail, tuck your fins! he seems to say,  Let me show you how it’s done. 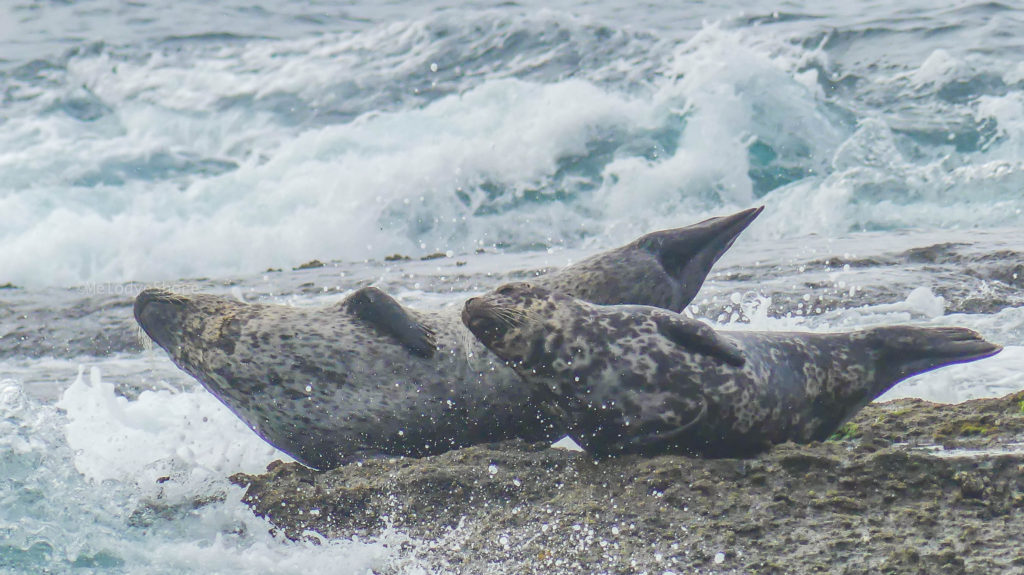 They stick close to one another,  perfecting their synchronized swimming routines… 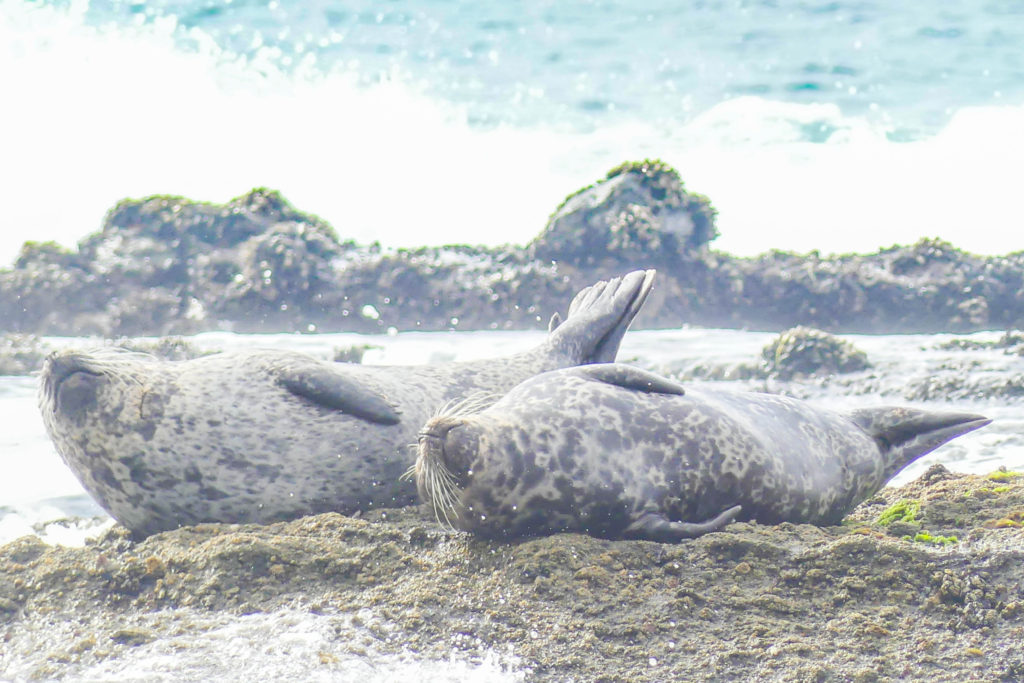 Bull and pup, together in nature’s classroom.

Watching from afar? Pure joy! But I have to confess: I got a bit misty-eyed when I saw through my camera lens this moment of unguarded intimacy. 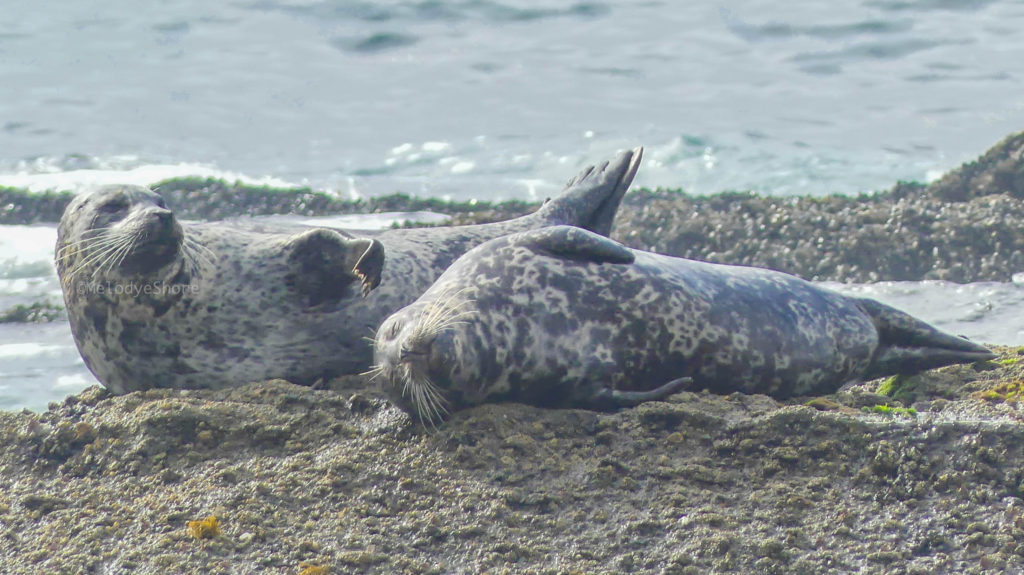 The circle of life, spindle-shaped and freckled, was playing out before my very eyes.