A roadrunner came right up to my back door this afternoon–first time I’ve ever seen one in my garden! He sped away before I could hop on my knee scooter & grab my camera, BUT! If you look in the area where the orange flowers are growing, you’ll see him beating a hasty retreat. Headed for the hills, no doubt, where Wile E. Coyote lives. 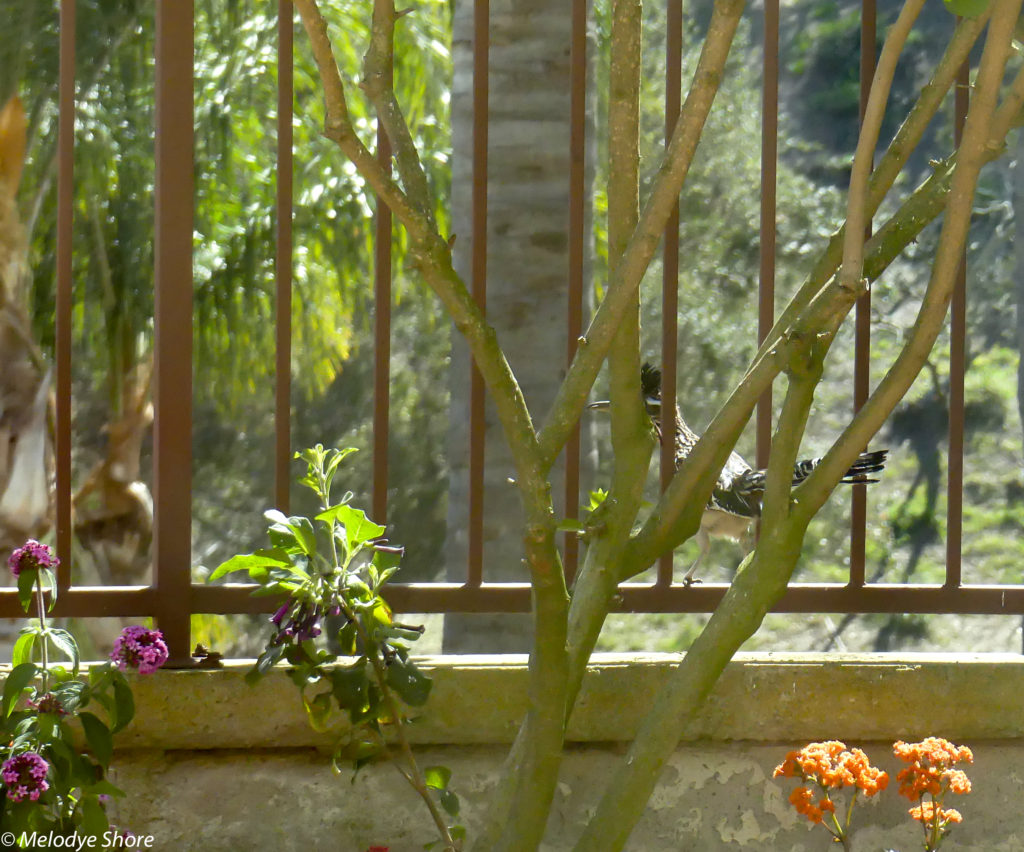 Speaking of which: I discovered the list of rules Chuck Jones developed as a creative backdrop for his Coyote and Road Runner animations! So cool, the way he sketched out each character’s personality traits beforehand. It’s also fun to think about the ways those quirks played out onscreen, predictably so, without ever losing their charm. 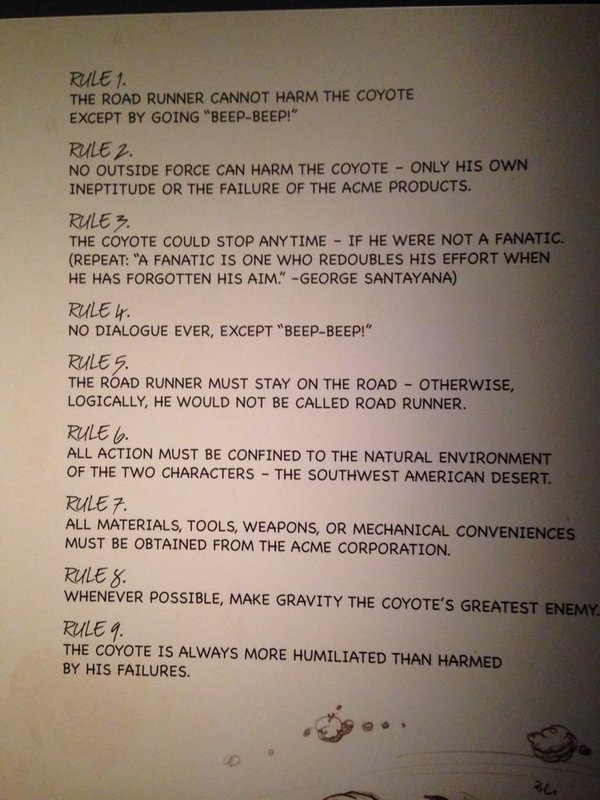 Photo via @AmosPosner (Chuck Jones exhibit at the Museum of the Moving Image).

My thoughts, too, Amos Posner–tweeted to a larger audience, with far fewer characters: