One of my Facebook friends set forth a creative challenge: Interpret the word coats as you wish—with paints, colored pencils and pens, needlecrafts, photography, you name it. As luck would have it, Serendipity worked her magic again! We’d already bought tickets for the Exotic Feline Breeding Compound’s Twilight Tour, and I couldn’t imagine a better place for a fashion shoot. So many exquisitely designed and constructed coats, custom-tailored to Mother Nature’s most discerning customers! 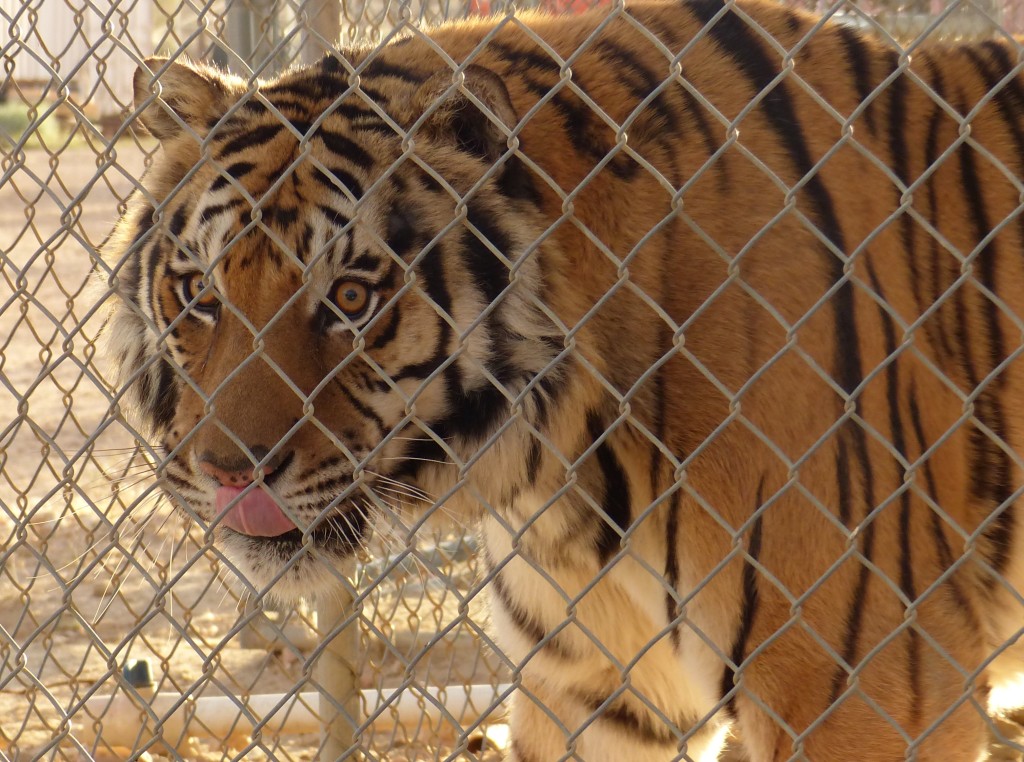 By way of background, the EFBC is a breeding zoo and research facility in the high desert of Rosamond, California. As you can see from this set of photographs, the compound isn’t a money-making enterprise. It’s isolated and minimalistic. And yet, it’s occupied by more than 70 of the world’s most endangered and exotic felines. They rely on special events to help bring in money for research, construction of new facilities, and ongoing animal care. 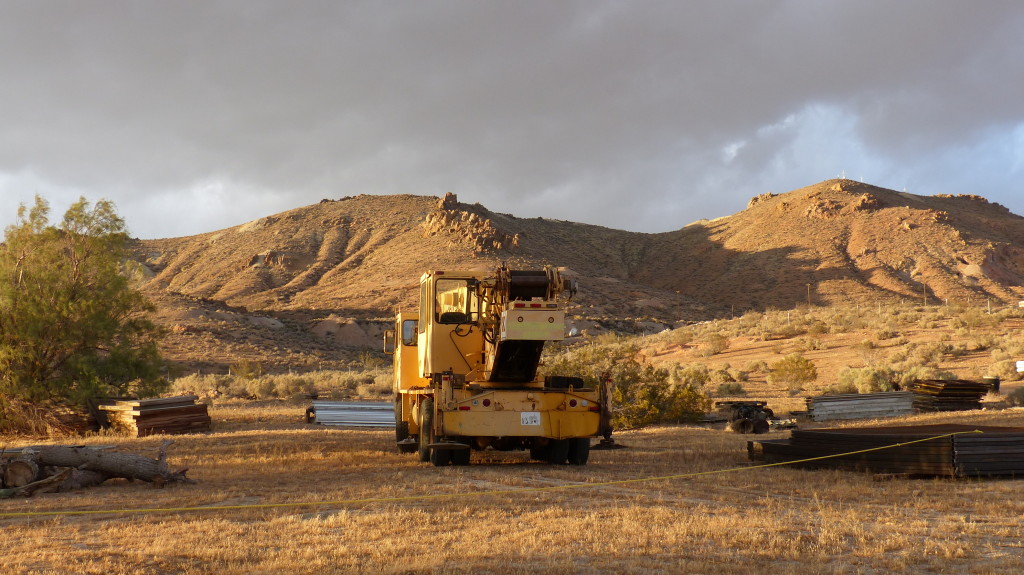 Make no mistake about it, though: their cats are well-nourished and don’t suffer for any lack of attention. 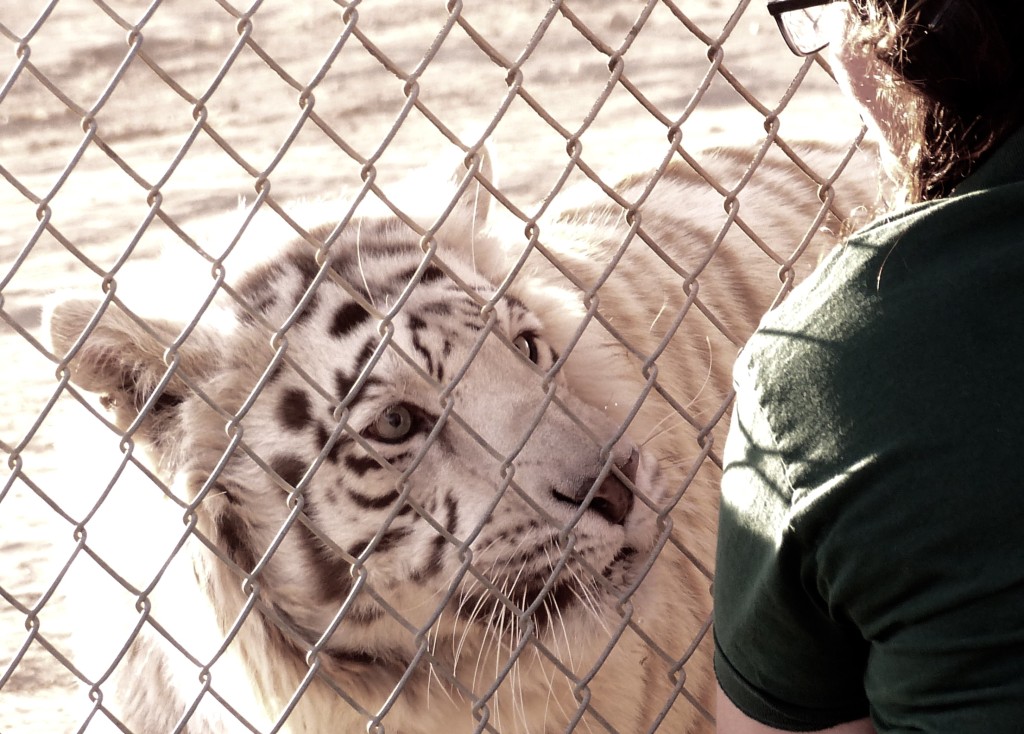 When they’re not napping or seeking refuge from the midday sun, you get much closer views than you would at most zoos–especially during their Twilight Tours, when visitors are granted all-access passes to the entire compound. Cats are more active at night anyway, but volunteers entice them into the open with treats enrichment items: crushed peppermint and lavender, to stimulate their sense of smell; phone books, which they rip to shreds in minutes; hard-boiled eggs, raw chicken strips and watermelon, all of which disappears in a flash. 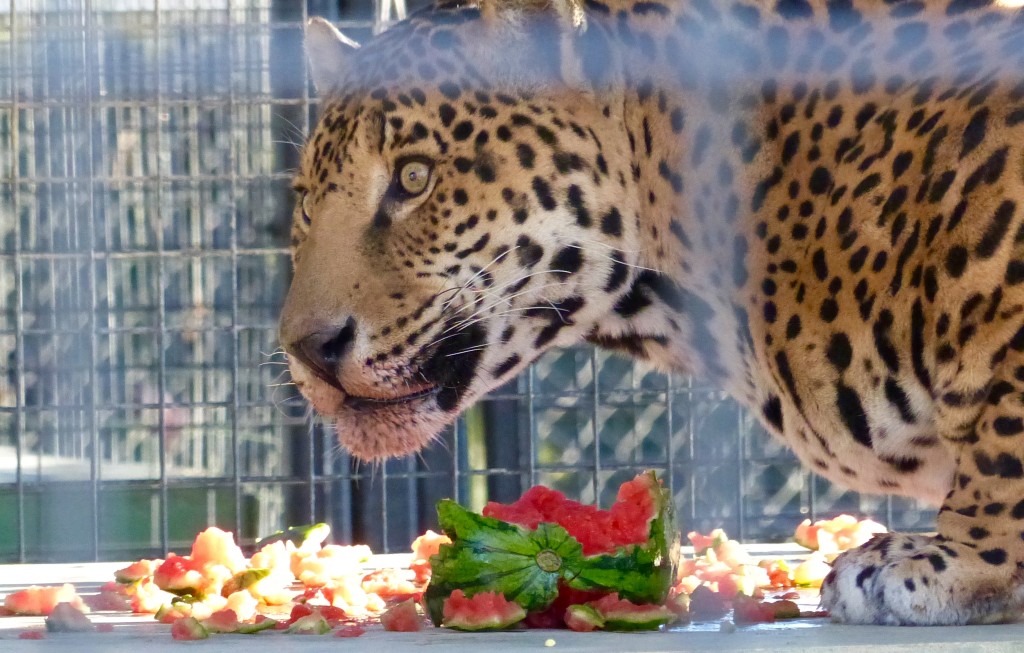 You can learn a lot by simply observing. Touching is verboten, but you can always read (a good source) and ask questions. We were among the last to leave, and I brought home a whole wardrobe of bespoke coats, photographed on the owners who wear them best. 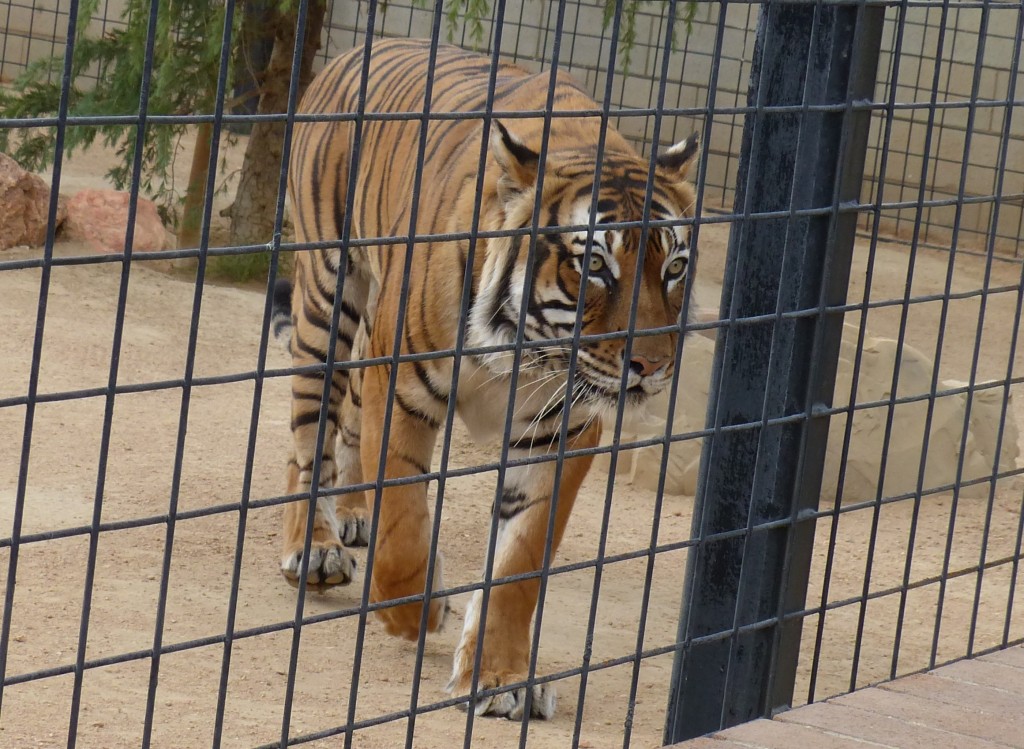 A tiger’s stripes are like fingerprints—the pattern is individual to each cat. 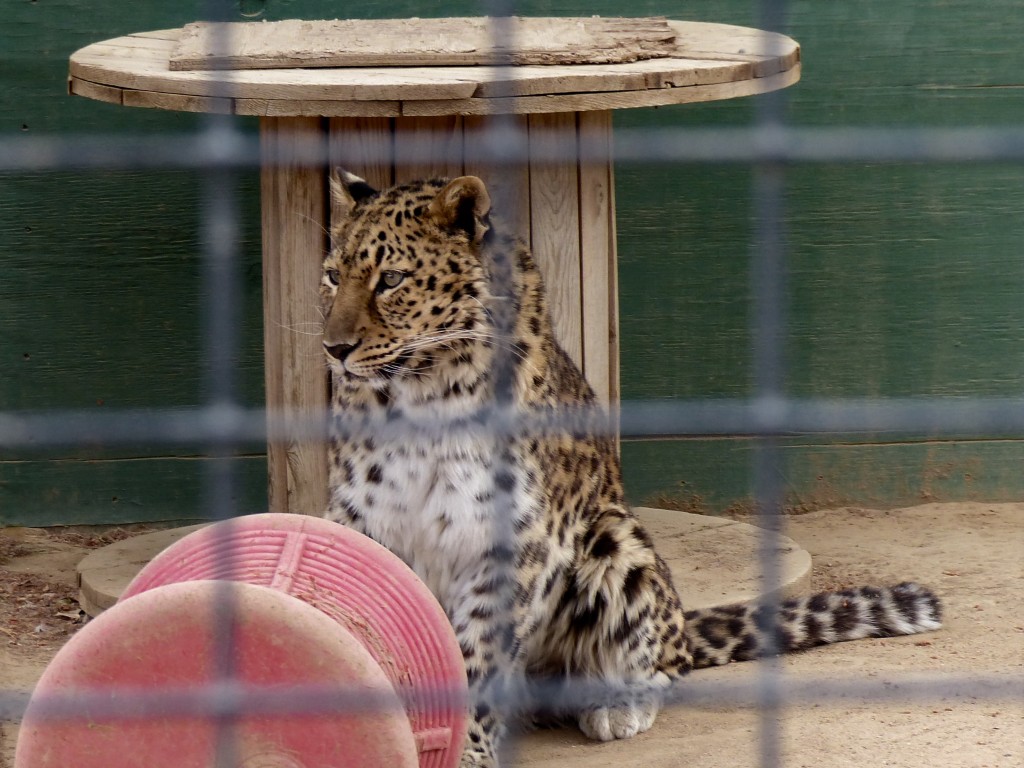 A leopard’s low-slung, muscular form is covered with skin-deep, closely spaced rosettes that serve as contrast to its tawny coat. 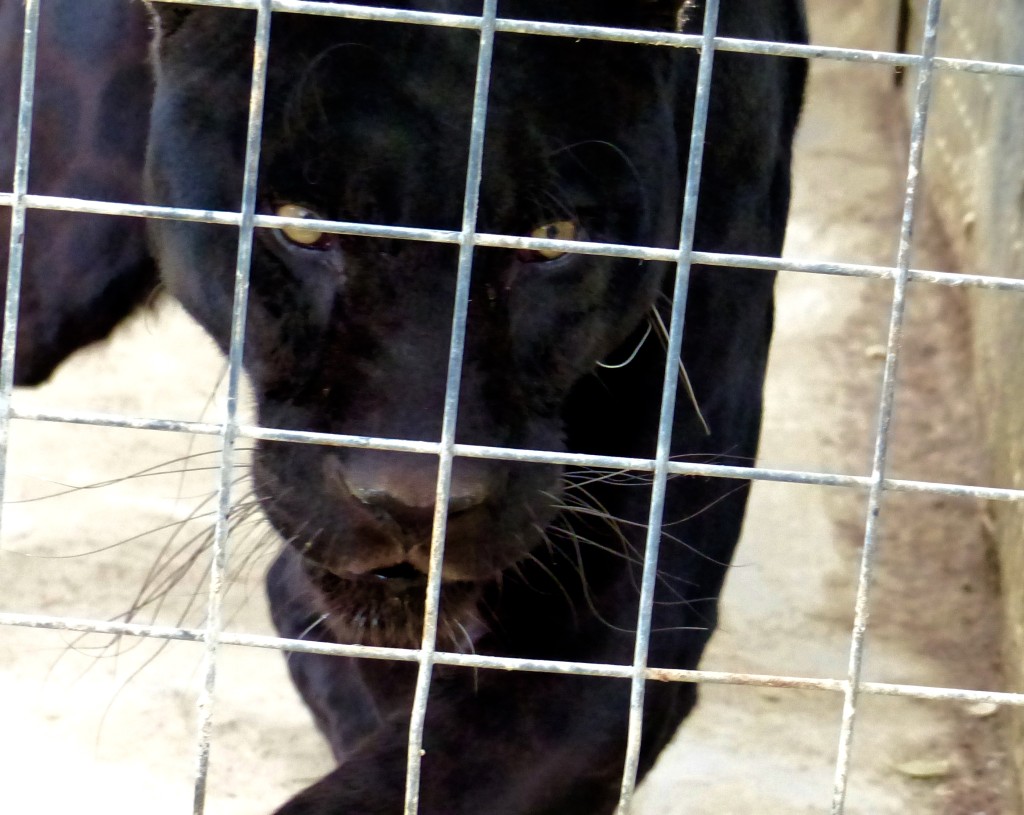 Black leopards have spots, too, though you might not see them at first glance. 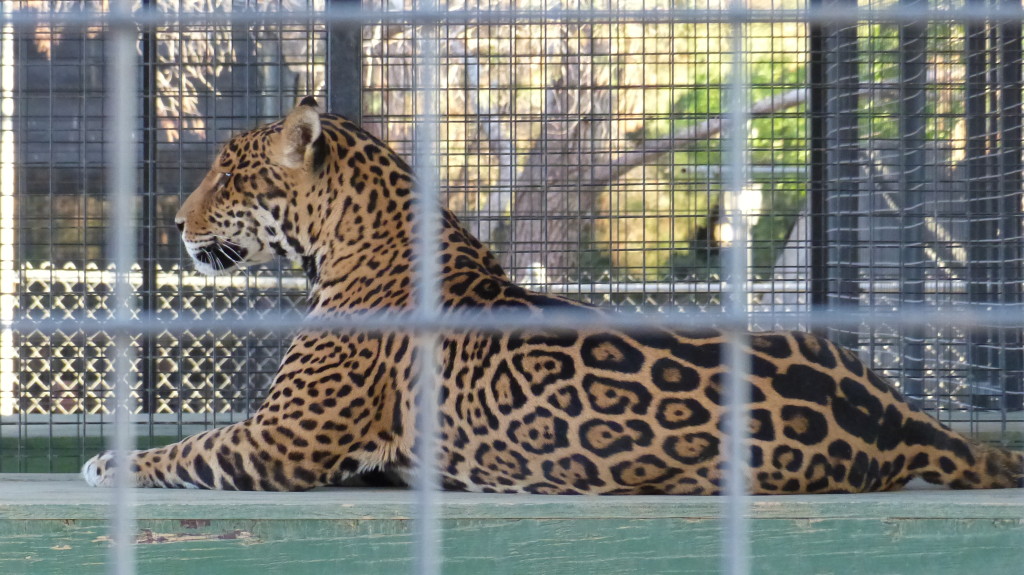 Jaguars have substantially larger heads and jaws than leopards do. They are beefy beasts! Notice the occasional dot in the middle of those rosettes? Those markings helps distinguish them from leopards—which, as you know, never change their spots. 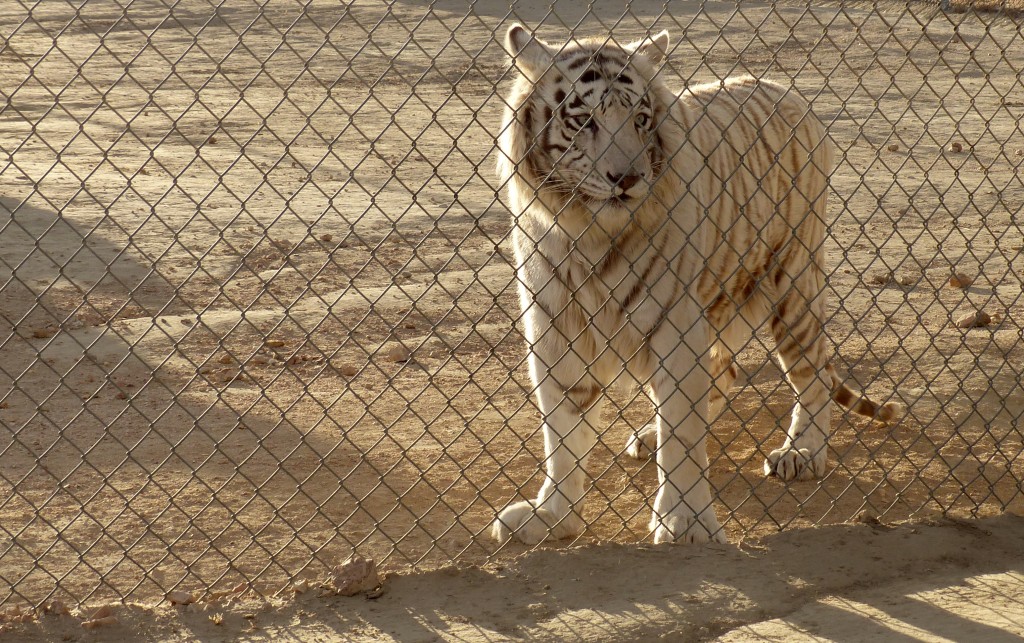 White tigers are showy, but beneath that exotic exterior, they’re genetically similar to their orange-tinted brothers. 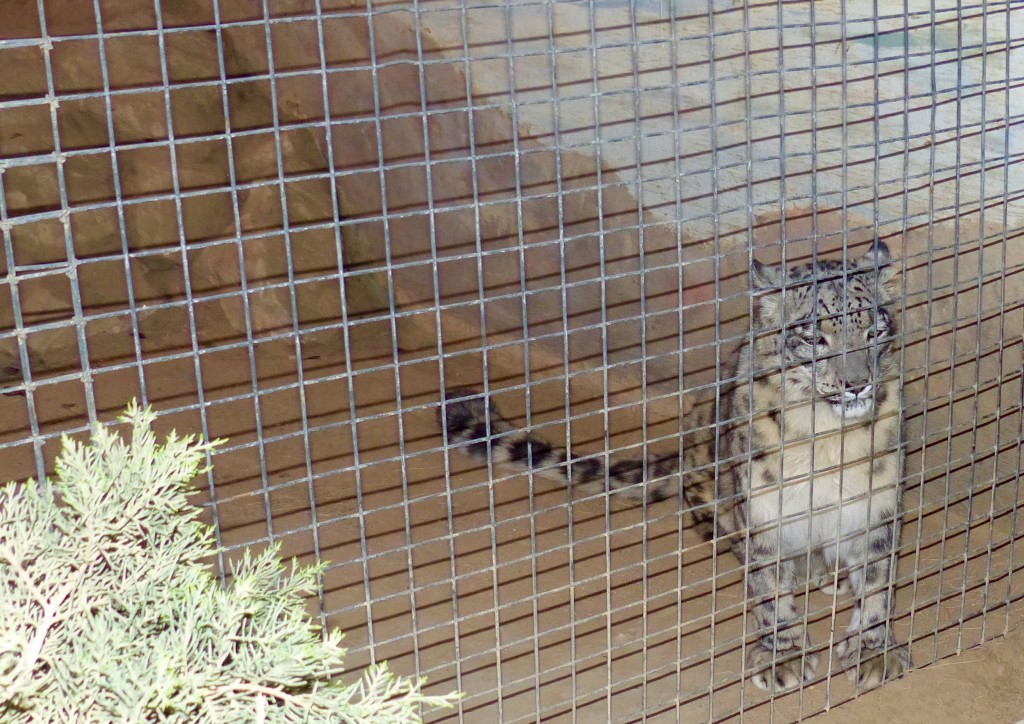 Snow leopards are shy. They have closely spaced rosettes over a pale, thick coat that keeps them warm and serves as camouflage in the snow. 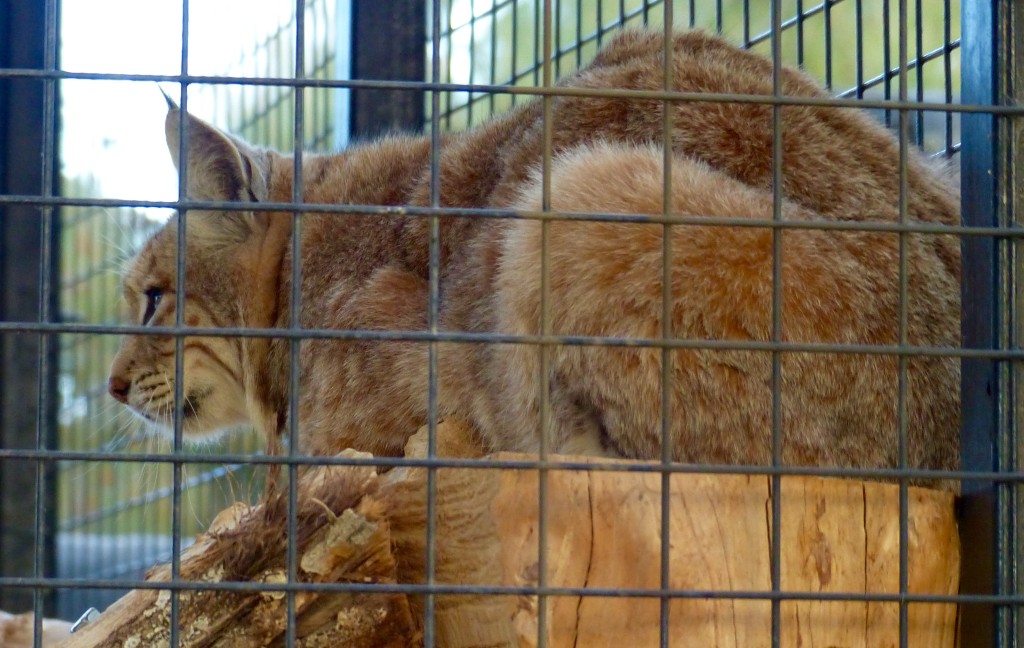 Bobcats have facial ruffs and tufted ears. Their fur is multi-colored, sometimes with ticking, stripes and spots.

I could go on and on, so impressed was I with Mother Nature’s haute couture. But I’ll just leave you with a few extra coats, how’s that? Look closely at the markings, shapes, and colors…Can you identify the owners? 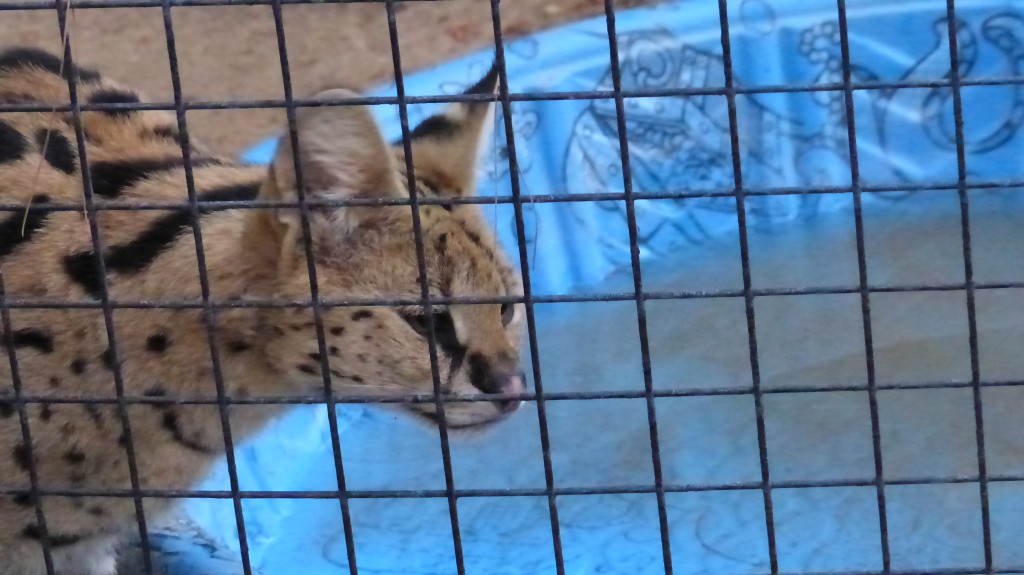 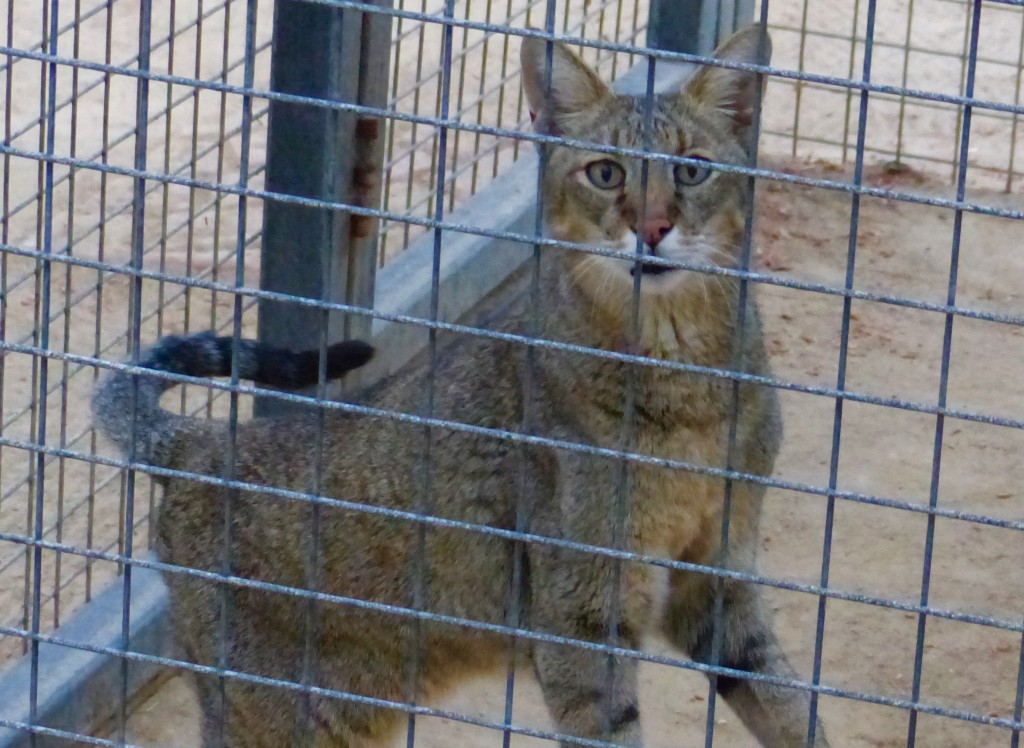 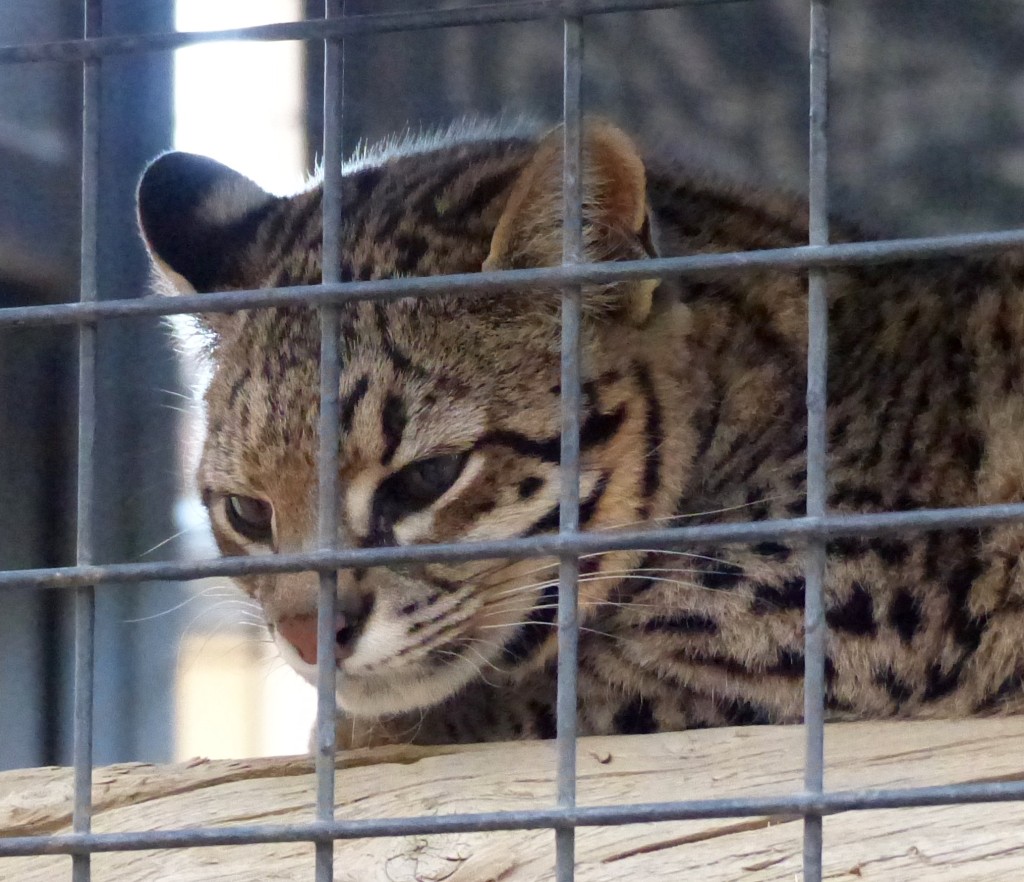 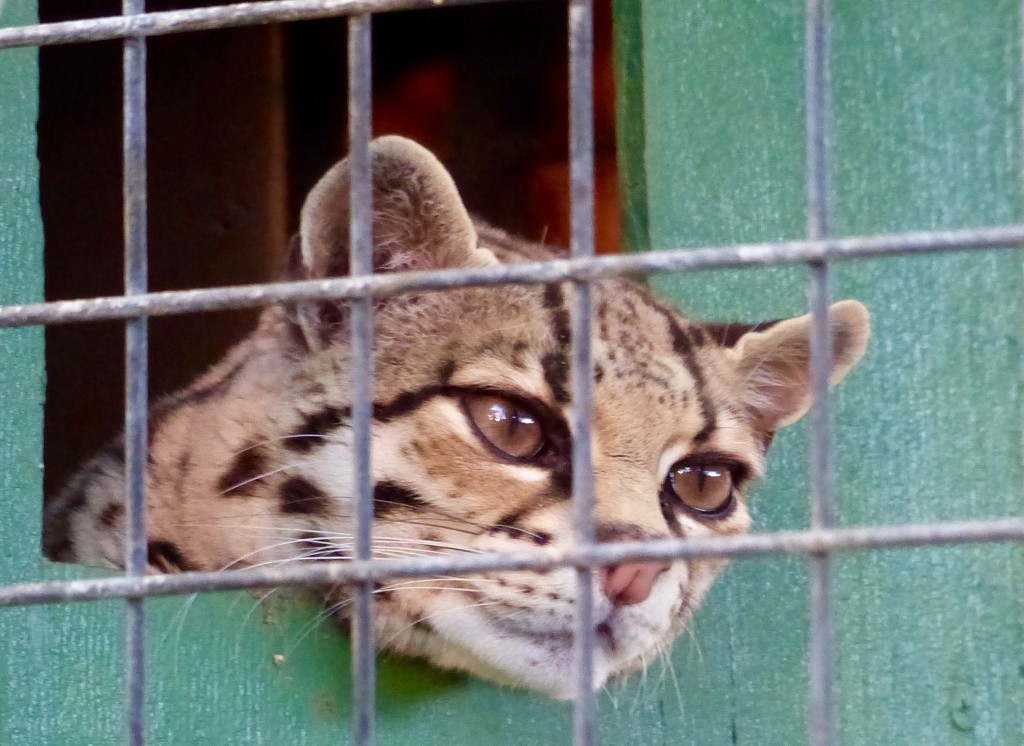 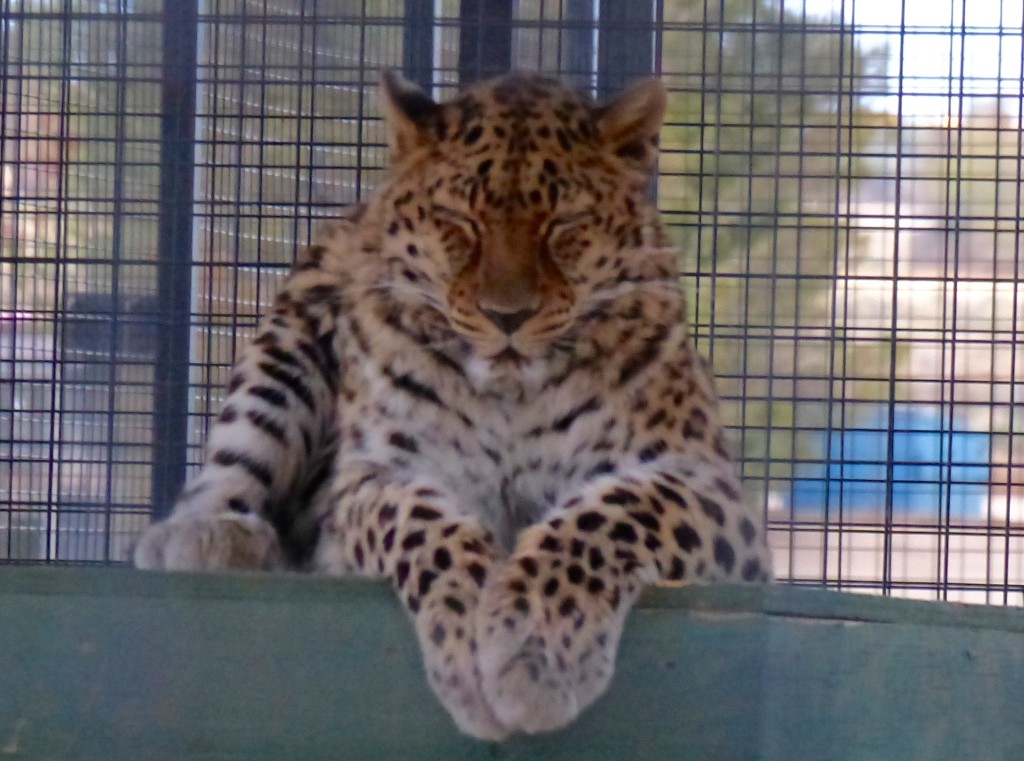