Until you spread your wings,

You’ll have no idea how far you can fly.

Aryana, a non-migrating Allen’s hummingbird, built her nest in the fuchsia that grows along my front walkway, way back in December. And here we are, celebrating her fourth brood of the 2015-16 mating season.

Such a good mama: she camouflaged her nest among the foliage, and protected it from predators by sheltering it under a tiled roof overhang. 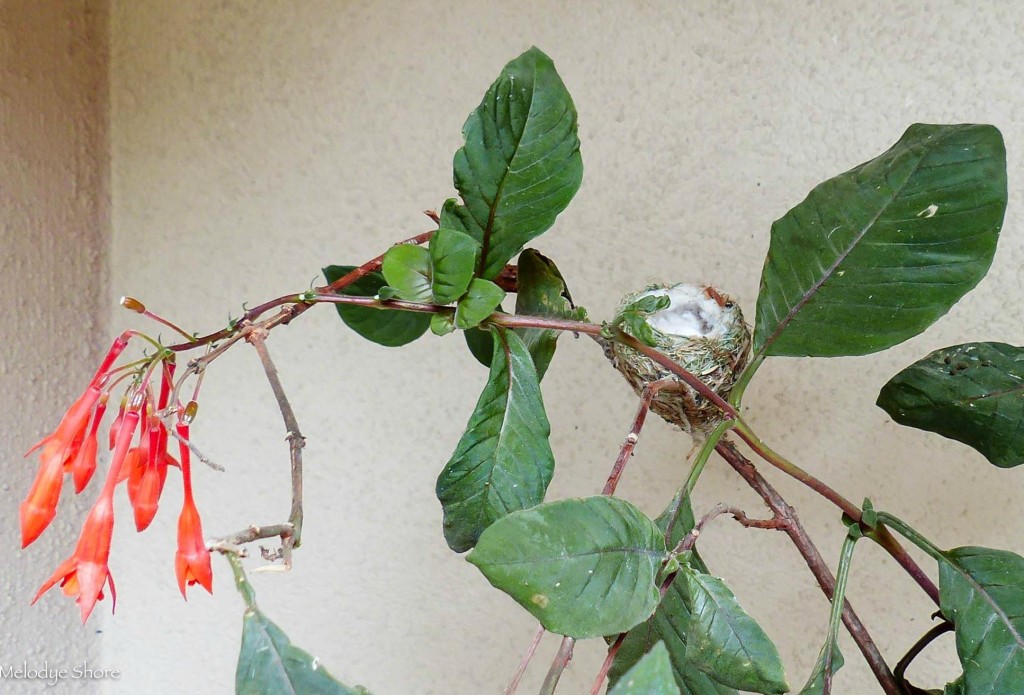 Rain hatched 23 days ago, and Beau broke free of his shell the day after. 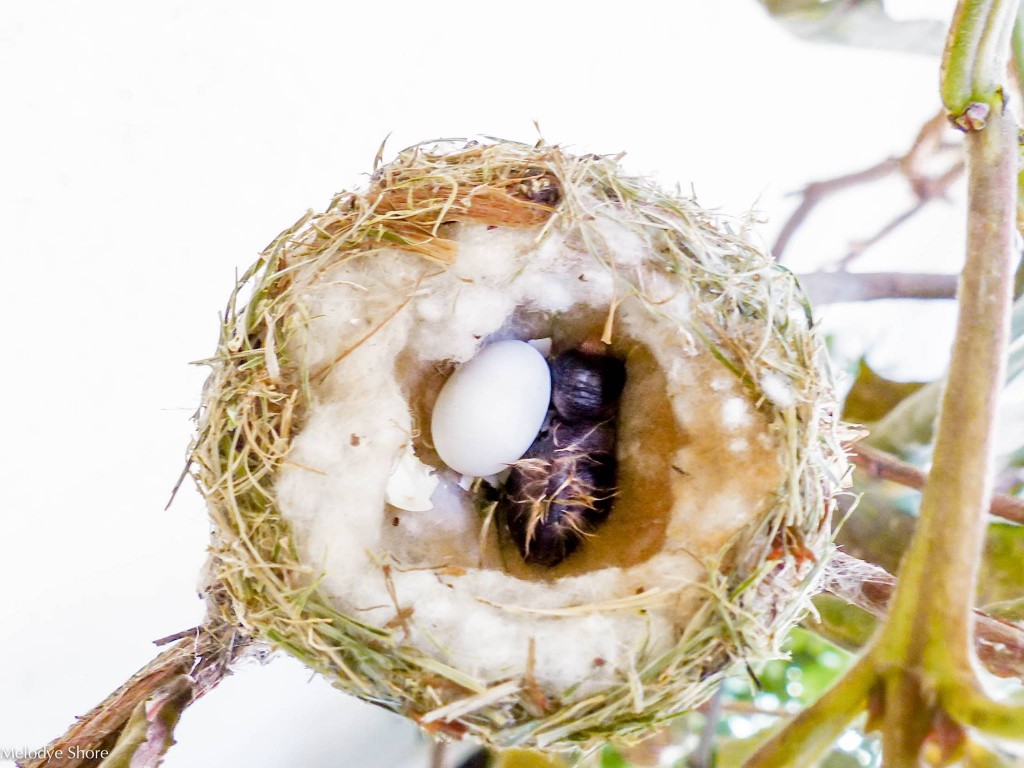 At the time, they looked like tiny raisins with stubby orange beaks. 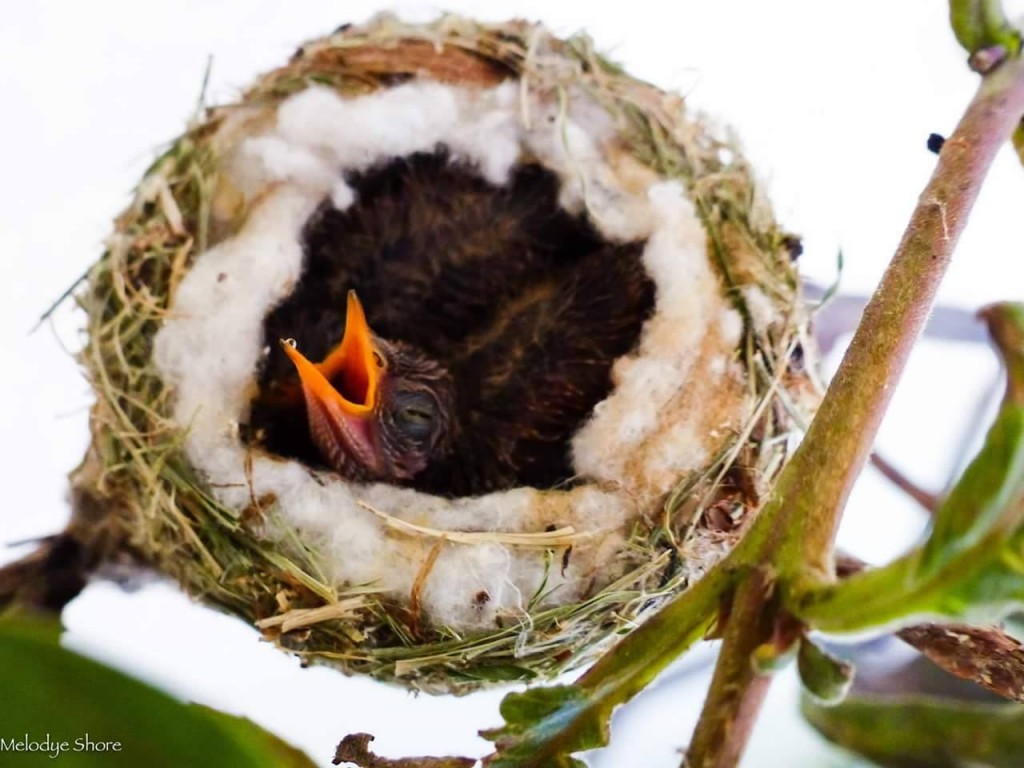 But they quickly grew pinfeathers, and their beaks grew long and dark. 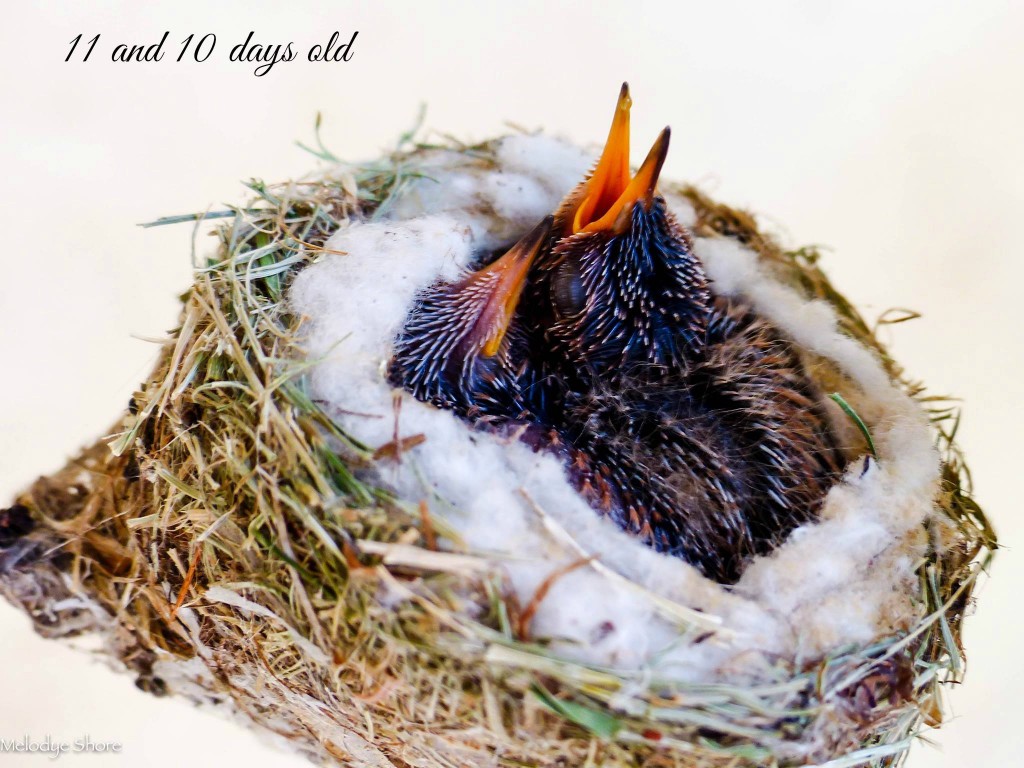 Mama Aryana fed them slurry mixtures of nectar and insects, and before long, they were fighting for space inside their cushy-soft nest. 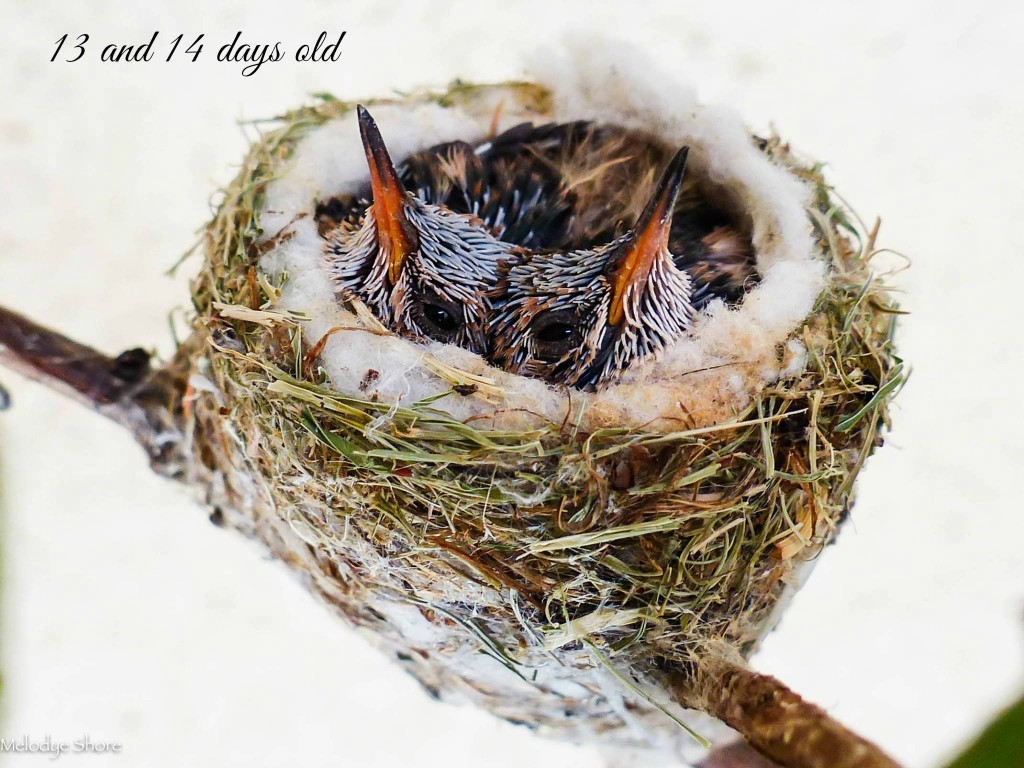 While Aryana was off foraging, I climbed a very tall ladder to observe these wee little miracles and the architectural wonder that they inhabit. I never interfered with Aryana’s nesting habits, never touched her cottony treasurebox or the tiny jewels it protected.

I used a zoom lens and my camera settings to get close-ups, which make the hummingbird babies seem much larger than they really are. They also make this tape measure appear closer to the nest than it actually is. Mama hummingbird trusted me with her babies–a privilege and an honor that I’d never violate.

I snapped this photo just shy of three weeks post-hatch. Notice their their needle-sharp beaks and shimmery wings? They’re looking more like adult hummingbirds every day. 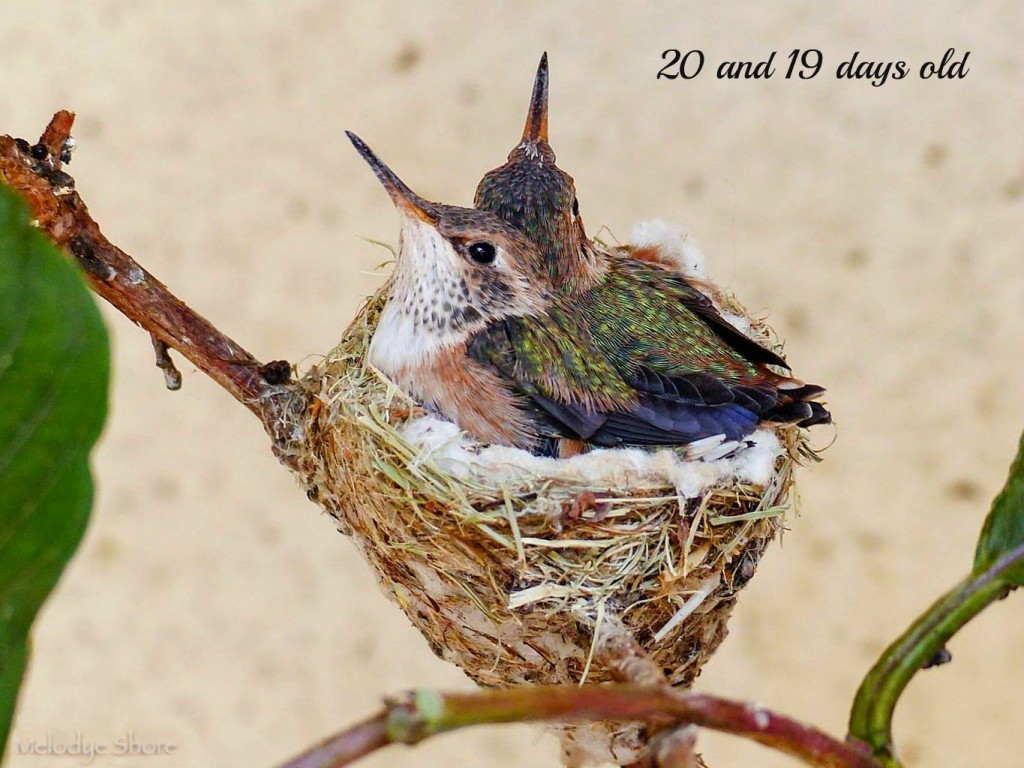 And at 23 days post-hatch, Rain and Beau are perched on the nest rim, flapping their wings and  pointing their beaks toward parts unknown.

I’m snapping photos from my front porch now–stretching my camera to its limits, but I don’t startle them into fledging early.

As my friend Priscilla Sharp said, “It looks like they are sitting in a classroom, paying close attention, absorbing all the lessons from unseen teachers to prepare to go out into the world.” 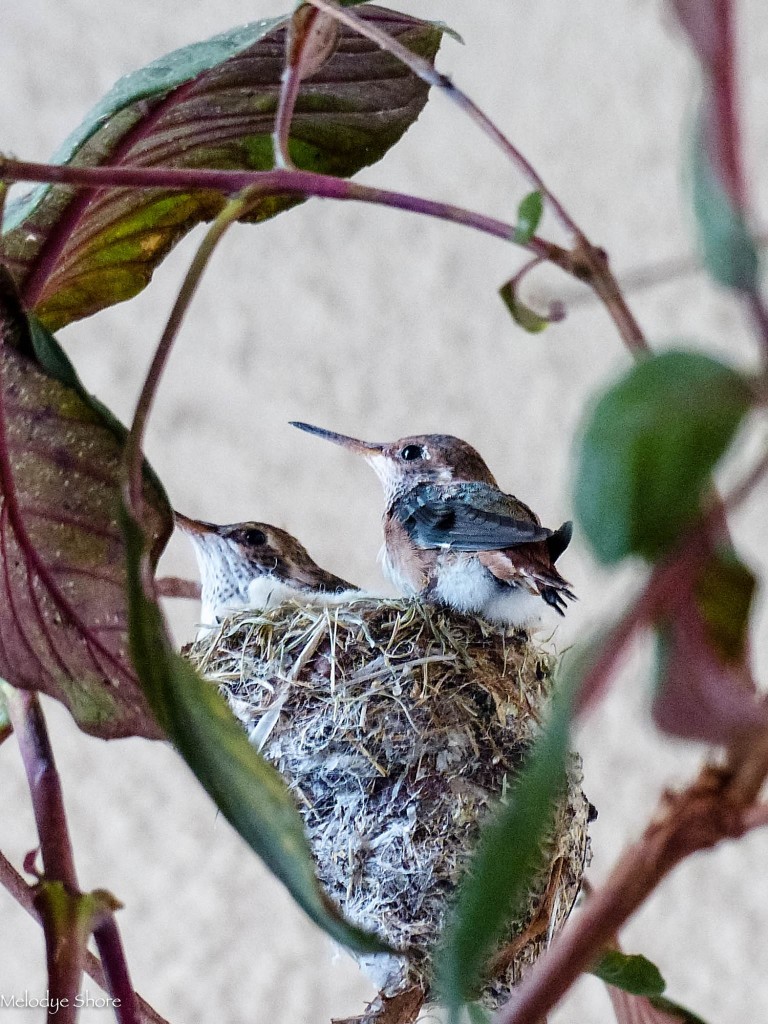 An occasional ocean breeze wafts into the sheltered alcove, ruffling their iridescent wings. Teased forward by Mother Nature’s nudging, they seem ready for lift-off. But for now at least, they’re holding tight to the nest with tiny talons. Won’t be long, though, until whoosh! Off they’ll go.