Here in Southern California, autumn is an extension of summer, with longer shadows and shorter days. There are fewer tourists, but it’s still warm enough for picnic lunches by the beach. Here, for example, ants are sipping nectar from a honeysuckle vine, which has twisted itself around the thorny bougainvillea bush that clings to the limestone cliff with an oceanside view. 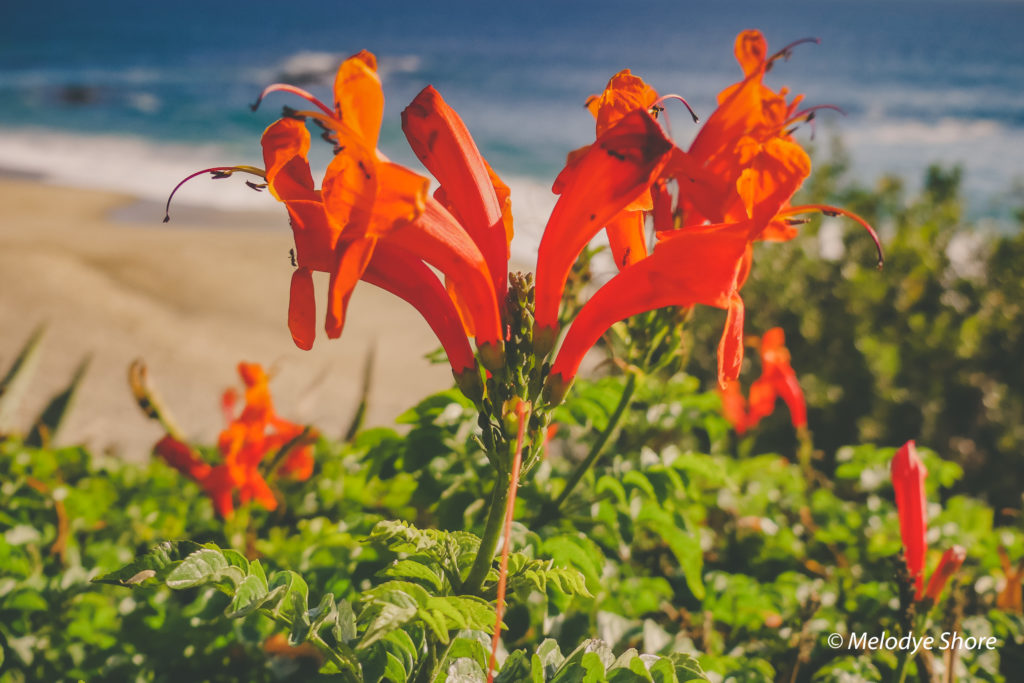 And this is the bougainvillea around which the honeysuckle wraps its arms. 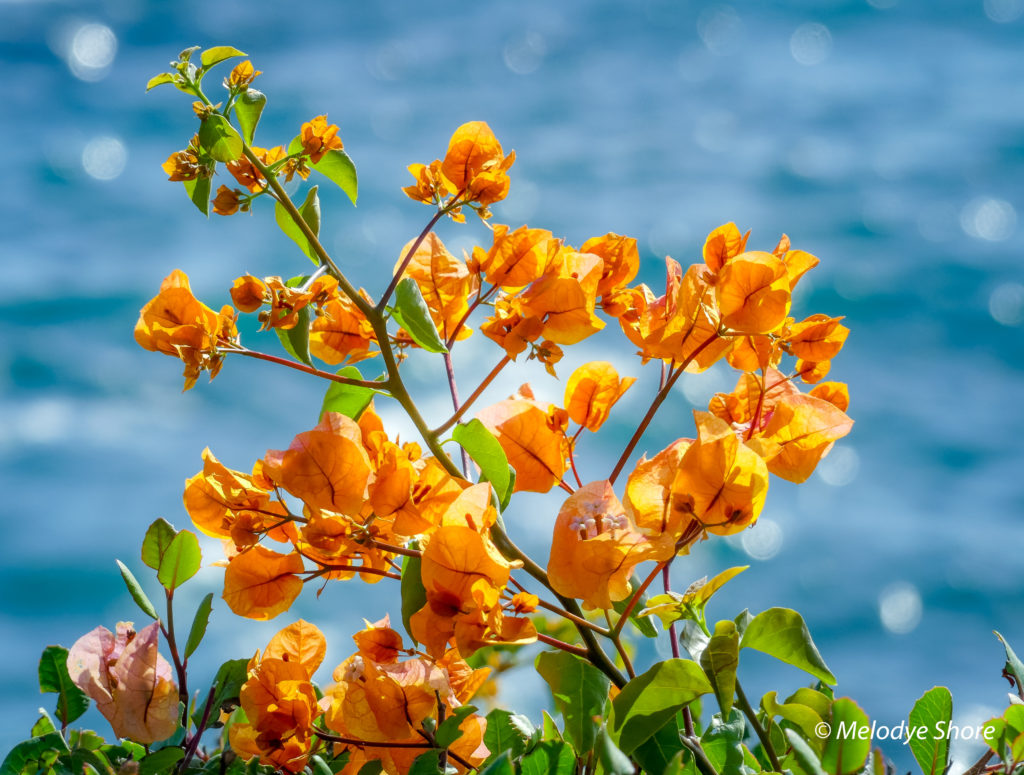 Our Mediterranean climate is far different from leafy New England, where farm stands are piled high with crunchy apples and colorful foliage forms a thick, kaleidoscope carpet over suburban lawns and forests.  It’s warm here, and sunny, but equally beautiful in its own way.

I love our cozy autumn mornings, when the marine layer blankets the hills and the sunrise sets the tile roofs aglow. 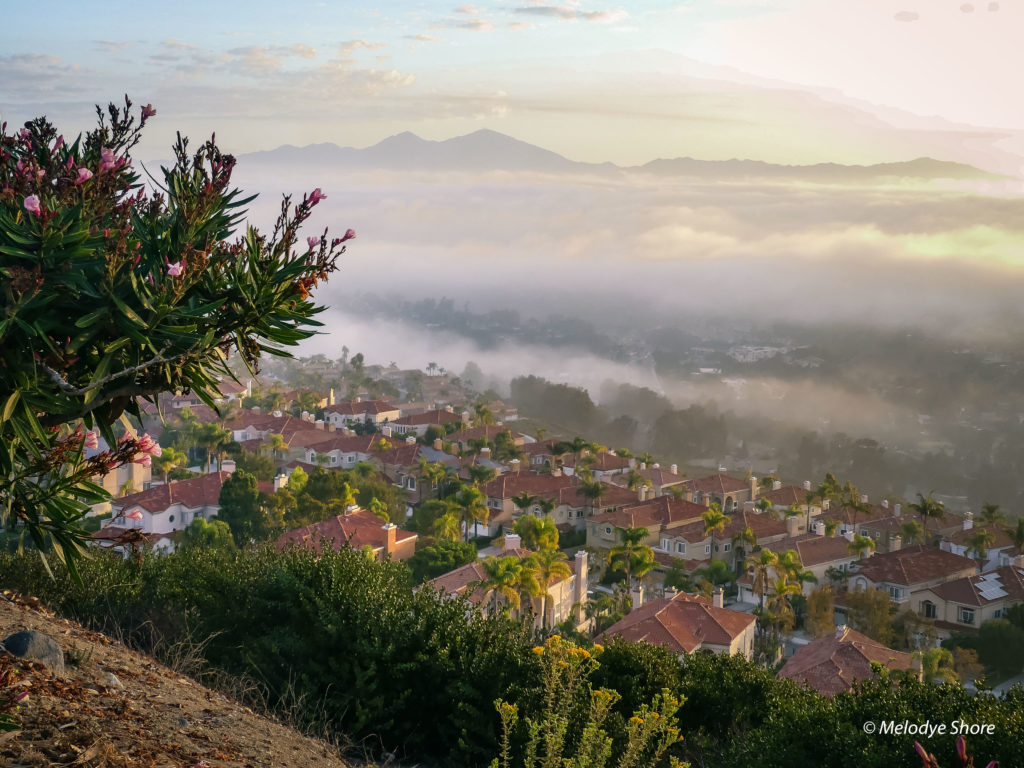 The sun slants lower in the afternoon sky, casting a warm glow over the wildflowers and spotlighting the iridescent hummingbirds that flit through our backyard gardens. And just before nightfall, the sun transforms itself into a shimmering ball that scatters diamonds over the ocean. As Victoria Erickson once said, “If a year was tucked inside of a clock, then autumn would be the magic hour.”