Before Twitter, Instagram and Facebook existed, faith-healing evangelists used to announce their comings and goings in the local newspapers. And now, thanks to the digital archivists who preserved those records, I’m able to retrace my father’s footsteps along the Sawdust Trail.

Newspapers were king at the time–king-makers, too, as my father’s college classmate, Billy Graham, would later attest. Via the Los Angeles Times:

Evangelist Billy Graham recalls in his new book the pivotal point in his young ministry when, during a 1949 Los Angeles crusade, a two-word directive from publisher William Randolph Hearst to “puff Graham” made him an instant celebrity nationwide.

The sudden front-page coverage showered on Graham by Hearst newspapers in mid-October (after three weeks of little notice) was quickly matched by other newspapers and newsmagazines–literally a media circus descending on his rallies under a big tent.

My father never achieved Graham’s status, of course, but his promo pieces were printed alongside the greats. It’s like scrolling through a social media feed, but more meaningful, somehow. 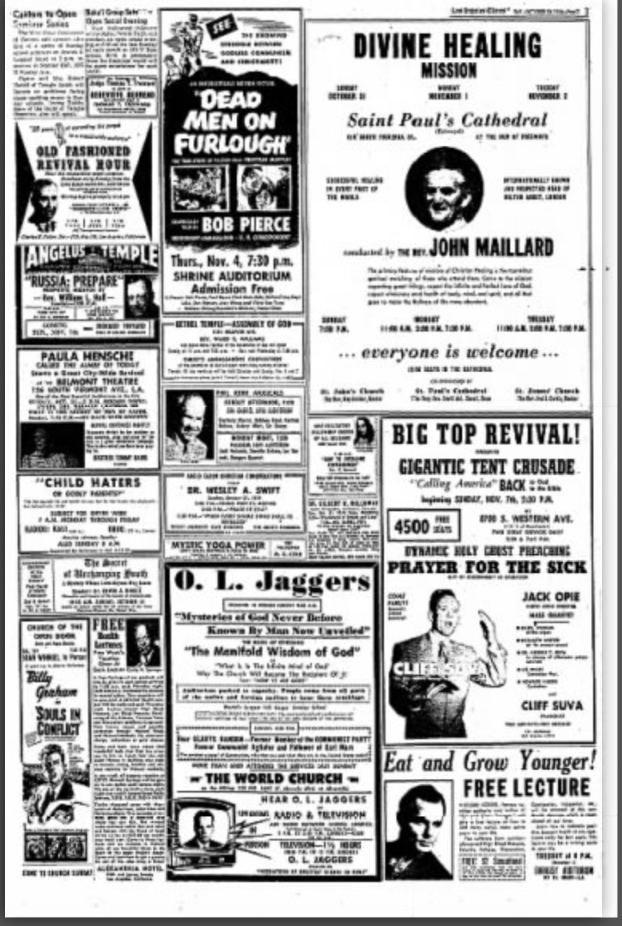